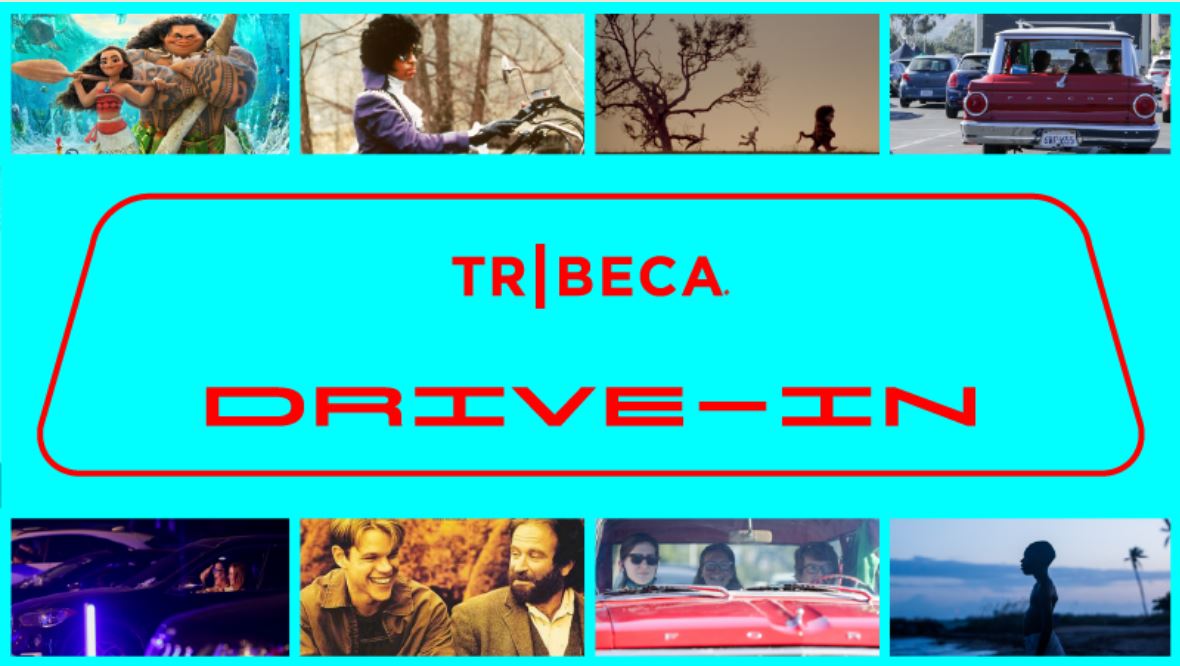 TRIBECA ENTERPRISES ANNOUNCES THE RETURN OF ITS POPULAR SUMMER SERIES

NEW YORK, NY, JULY 21, 2021 — Tribeca Enterprises, in partnership with DoorDash and Rémy Martin, announced the return of the Tribeca Drive-In series, combining the power of the movies with the majesty of the Rose Bowl Stadium. Featuring an exciting slate of new and classic films, the limited-engagement series will provide audiences with an memorable experience that’s sure to captivate audiences of all ages. The Tribeca Drive-In screening events, which will be the only drive-in experience coming to the Los Angeles area, will take place on the weekends between July 28-August 26, 2021 at the Rose Bowl Stadium in Pasadena, CA.

A signature series for Tribeca, drive-ins have been a part of the festival’s programming since its inception 20 years ago. Tapping into the nostalgia of the traditional drive-in experience, this year’s schedule will feature a robust lineup of films including: 2021 Tribeca Festival encore screenings, classic films, family matinees, short films, plus special sneak preview of a new film yet to hit theaters! Beginning today, audiences can purchase tickets at TribecaFilm.com.

“The Tribeca Drive-In program has always been a beloved staple of the Tribeca Festival and after last year’s wildly enthusiastic reception, we’re thrilled to return to the iconic Rose Bowl,” said Jane Rosenthal, Tribeca Enterprises and the Tribeca Festival Co-Founder & CEO. “Since its beginnings, this wonderful series has shown a unique ability to transport audiences to those magical summers when movies were experienced outdoors and on the big screen.”

The series will also spotlight the illustrious career of the late Robin Williams with some of his most memorable films including Hook and Good Will Hunting for which he earned the Academy Award for Best Supporting Actor in 1998.

Audiences can also enjoy a special preview of Amazon Prime Video’s Everybody’s Talking About Jamie ahead of the film’s official premieres, mark the end of the 2021 Olympics with Go Big, a collection of short films that highlight athletic risks, rewards, and resilience, and celebrate the final weekend of the series with a collection of films that capture the power of music.

Tribeca is grateful for the support of its partners Rémy Martin and DoorDash, the nation’s leading last-mile logistics platform.

Tribeca Enterprises is a multi-platform storytelling company, established in 2003 by Robert De Niro and Jane Rosenthal. Tribeca provides artists with unique platforms to expand the audience for their work and broadens consumer access to experience storytelling, independent film, and media. The company operates a network of entertainment businesses including the Tribeca Film Festival; the Tribeca TV Festival; and its branded entertainment production arm, Tribeca Studios. In 2019,  James Murdoch’s Lupa Systems bought a majority stake in Tribeca Enterprises, bringing together Rosenthal, De Niro, and Murdoch to grow the enterprise.

The 2021 Tribeca Drive-In is supported by our partners DoorDash and Rémy Martin.

DoorDash is a technology company that connects consumers with their favorite local and national businesses in more than 4,000 cities and all 50 states across the United States, Canada, Australia and Japan. Founded in 2013, DoorDash enables local businesses to address consumers’ expectations of ease and immediacy and thrive in today’s convenience economy. By building the last-mile logistics infrastructure for local commerce, DoorDash is bringing communities closer, one doorstep at a time.

Since 1724, the House of Rémy Martin is the embodiment of Cognac Fine Champagne. The fruit of the prestigious regions of Grande and Petite Champagne, its cognacs hold outstanding ageing potential. A profound love of the land, a continuity of family ownership and a passionate commitment to excellence has  sustained  Rémy  Martin  for  nearly  three  centuries.  As  a  result  of  its  masterful  production  and generations  of  tradition  in  Cognac,  the  House  of  Rémy  Martin  today  produces amongst  others Fine Champagne Cognacs, including Rémy Martin® XO, Rémy Martin® Tercet, Rémy Martin 1738® Accord Royal and Rémy Martin® V.S.O.P.