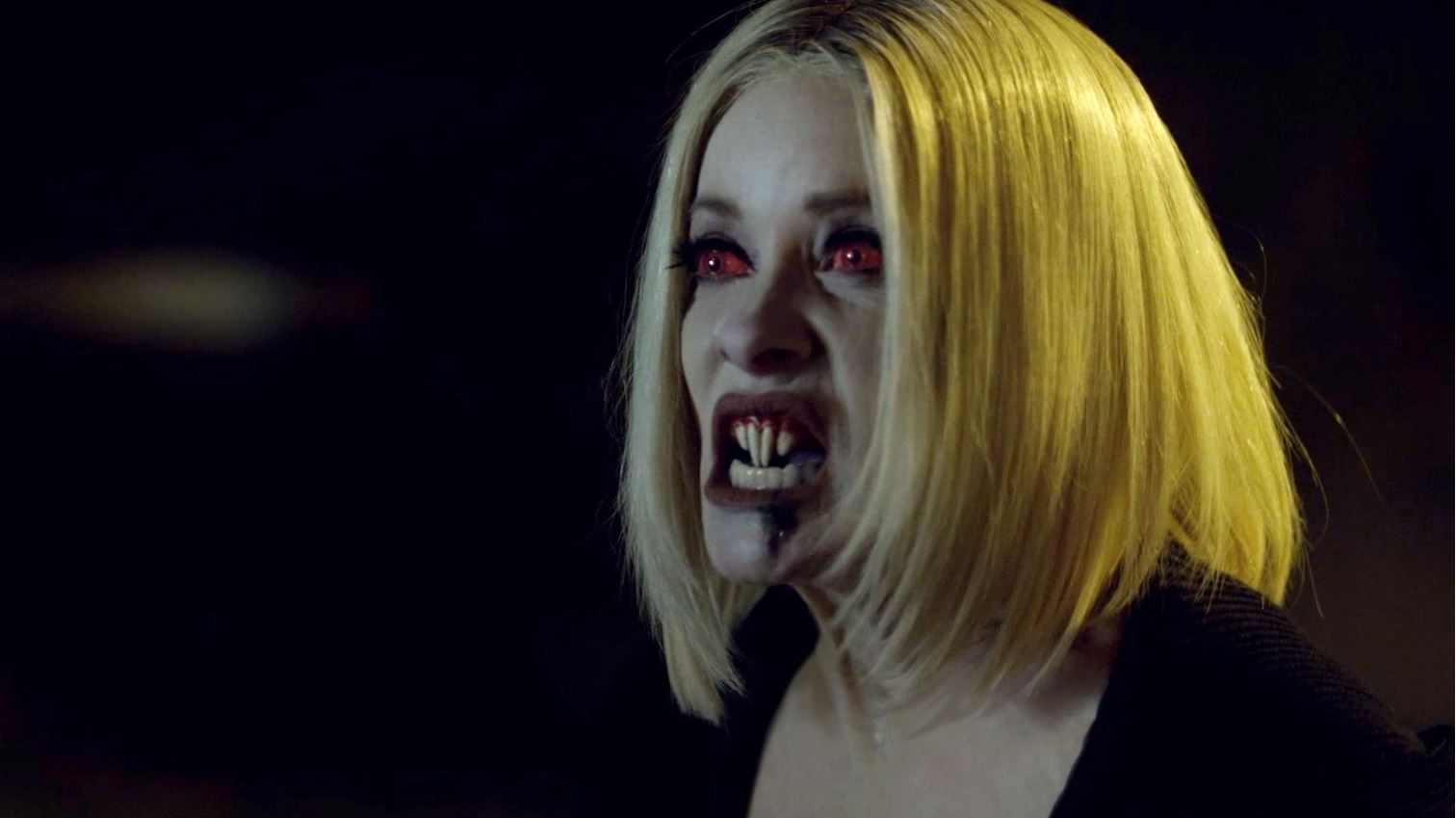 RLJE Films, a business unit of AMC Networks, and Shudder, AMC Networks’ premium service for horror, thriller and the supernatural, will release JAKOB’S WIFE on DVD and Blu-ray on July 20, 2021.

Directed by Travis Stevens (Never Grow Old, The Canal), he co-wrote the film with Mark Steensland and Kathy Charles. JAKOB’S WIFE stars Barbara Crampton (Re-Animator, You’re Next), Larry Fessenden (Habit, Stake Land), Nyisha Bell (Coming 2 America), Mark Kelly (The Hot Zone), Sarah Lind (Wolfcop), Robert Rusler (A Nightmare on Elm Street 2: Freddy’s Revenge, Vamp), Bonnie Aarons (The Nun, The Conjuring 2) and former WWE wrestler, Phil Brooks, aka CM Punk (Girl on the Third Floor).  The DVD will be available for an MSRP of $27.97 and the Blu-ray for an MSRP of $28.96.

In JAKOB’S WIFE, Anne is married to a small-town minister and feels like her life and marriage have been shrinking over the past 30 years. After a chance encounter with “The Master,” she discovers a new sense of power and an appetite to live bigger and bolder than before. As Anne is increasingly torn between her enticing new existence and her life before, the body count grows and Jakob realizes he will have to fight for the wife he took for granted.