This was a movie that I heard about through the Nightmares Film Festival for its World premiere. It was listed as a midnight feature, so after Jaime went to bed, I made an iced coffee and settled in. The premise really intrigued me as well. The synopsis here is a dark social satire inspired by the real life conspiracy theory known as Pizzagate. An amateur journalist and a far-right militiaman team up to expose the ugly truth behind rumors involving sex cults, a pizza place and the lizard people.

Now we start this off with Danny Johnson (Derek Babb) getting us up to speed about what this movie is going to entail. It is done in the form of how a true crime show would start and this sucked me in. This crime spree took place in Texas and it involves kids, sex trafficking, pizza shop basements, lizard people posing as politicians and the illuminati. We then see a woman thrown on to a bed and she’s tied up. The woman is Karen Black (Alexandria Payne). She is black and there’s a confederate flag above her.

It then informs us that we’re in Waco, Texas the day before. Karen is an intern on her first day. She is working for a right wing political show that is hosted by Terri Lee (Lee Eddy). Her show is in the vein of an Alex Jones, where she is spouting off about the conspiracy that the ‘main-stream media’ isn’t talking about Toots pizza and what they’re doing in the basement with sex trafficking. Karen messes up pretty bad and she is let go. Terri has protestors outside for the topic of her show and she’s being blocked in by them. That’s when Duncan Plump (Tinus Seaux) comes to her rescue. He pulls a gun on the protestors, they back up and she’s allowed to leave.

Karen believes what Terri was talking about on her show so she seeks out the militia that Duncanis a part of. They seem to be pretty well organized and we get a scene to show how good Duncan is through a paintball game. Karen interrupts their meeting that night sharing what her plan is. There was supposed to be an election where Philip (John Valley), or going by his code name of Side Thorn, wants to take over. Hollis (Mike Dellens) is their current president and he’s pretty tame in what he wants to do. Philip has much bigger plans if he gets elected.

Duncan follows Karen home and wants her to give up her plan. He is forced to help her though when Philip shows up as well, stating he’ll take her to Austin to check out Toots Pizza for $500. Duncan knows he’s reckless and his plan will get them into trouble as well unwanted attention from the world. It turns into a wild ride of murder and the truth of these conspiracies.

That’s where I want to leave my recap. This wasn’t the movie that I was expecting, but that is not to say it was a bad thing. It is much smarter than anticipated and wasn’t as wild either. I also should point out here, that this isn’t a horror film either. Again, not a major issue.

What really struck me with this movie is how rational Duncan really is. Karen states this in the movie that during their drive from Waco to Austin, he is fleshing out ideas and his rationale behind it makes sense. He does believe that there are sex trafficking rings and there are lizard people/illuminati that are running things, he just doesn’t believe what people like Terri are saying on their shows. This actually made me stop and think about some of things that he’s saying. It works so well that this is done in a satirical manner as well.

With how it is presenting things, I also love what we’re seeing with this militia. When we hear about them in the news, we are hearing the bad things that they’re doing. Philip is upset that currently it is nothing more than a gun club. Hollis is running it where they’re trained well and doing good for the community. Philip is the outlier here that wants to make them into the homegrown terrorist group that the media does tend to portray groups like this. I think that there is truth on both sides of this, but I love how this is presented here.

Going along with this idea, the character of Duncan is quite interesting. He’s supposed to be one of the children of David Koresh. Duncan was born into this lifestyle. I love that he’s distrustful of the government for good reasons with what happened during the standoff with the government. He doesn’t have to work since he got a large settlement. What we see here though is that he’s weird. Karen keeps taking videos of him, which he tells her not to. When they’re taken out of context, it makes him look like the bad guy. He’s really not, but he’s made a scapegoat and there are a lot of assumptions made about him. This movie really made me think about things for sure.

I don’t know if it would work as well without the performances. Seaux does a great job as this title character. He’s out of touch with reality a bit, he’s odd, but he has a good heart. I love the come to realization that he gets as things progress with the story. Payne is an interesting character to challenge his beliefs and her character is odd too. She points out that the allegations of what happened in Waco caused the government to step in. She is wondering why it isn’t taking the sex trafficking allegations seriously. It did make me ponder what is making one more valid than the other. I guess the true answer is facts and data. Valley is over the top and I thought he was hilarious. Eddy does well as the female Alex Jones character and I’d say the rest of the cast rounded this out for what was needed.

Aside from that, I think we get some interesting editing to tell this story. We’re coming in at the end of everything and showing us what led up to that moment. There are also intercuts of interviews with Karen and I like that we learn where things end up in the wake of all of this. It really felt real what was happening there and without getting the true story, I can see how those alive can alter history to benefit them.

So now with that said, this wasn’t the movie I was expecting, but what we got really hits some interesting social commentary. The satirical nature really benefits it in my opinion. It can take on concepts and ideas that cause major debates in a way where you can truly reflect on them. What Duncan, Karen and the rest go through and the realizations made quite interesting for these touchy subjects. There’s something interesting at the end as well that I thought was good too. There aren’t really a lot in the way of effects, but what we got was good. The acting really helps carry this as well. I would say to give this a watch; whatever side of the political spectrum you’re on as I feel it tackles the ideas in a rational way for sure. I commend Valley for that. I’d rate this as a good movie for sure. 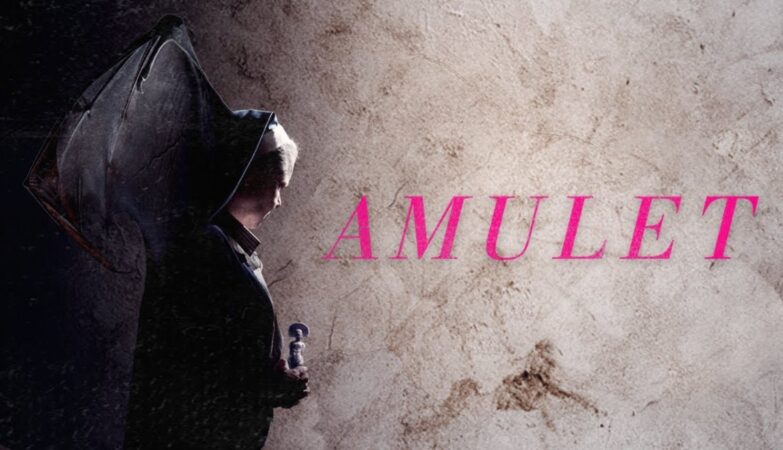