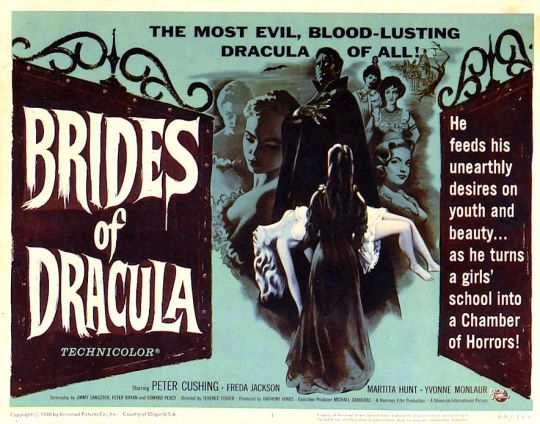 Keep the Halloween spirit alive with the pranking-gone-wrong thriller Let’s Scare Julie, now out On Demand, digital, and on Blu-ray and DVD!

This week we have three new Scream Factory releases. First, the hugely anticipated War Of The Colossal Beast arrives on Blu-ray. It includes brand-new bonus features like a 2K film scan of a fine grain print, audio commentary, and more.

We then invite you to go behind the scenes and uncover the darkness that followed the release of two classic teen monster movies. How To Make A Monster gets the Blu-ray upgrade with a 2K film scan of a fine grain print, two audio commentaries, and more.

Finally, we present a Hammer Films release that you can really sink your teeth into, The Brides Of Dracula: Collector’s Edition. It features a new 2K scan, audio commentary, three featurettes and additional existing extras.

Also available, the brand-new IFC Midnight film Relic arrived on Blu-ray and DVD (11/17). Starring Emily Mortimer, Robyn Nevin, and Bella Heathcote, this scary movie will have you second-guessing that yearly trip to Grandma’s!