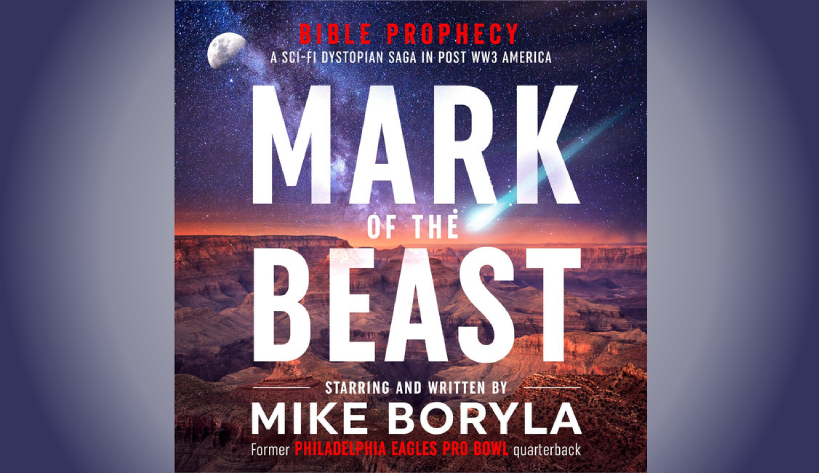 The setting is post WWIII, the East Rim of the Grand Canyon, micro-chipped and on the run, the protagonist and his family are hiding out in a cave. Sought by the tyrannical government of Oceania, (formerly the U.S.) to silence him for possessing an ancient biblical secret. He is torn by his desire to protect his family or go public with the information. This knowledge can protect the Middle East from attack by Russia. Meanwhile, the global elite are unleashing the Anti-Christ by turning human population into zombies through micro-chipped vaccines. His mission is to fight the ancient demonic order to protect the world.

Much of Boryla’s philanthropic and volunteer activity is channeled through his work focusing on highlighting the issues professional football players face with CTE (Chronic Traumatic Encephalopathy) and on the serious nature of concussions sustained in playing professional sports. Additionally, as playwright and actor, Boryla’s one man play, “The Disappearing Quarterback” focuses on the topic and his own traumatic experiences. The play has been performed more than 50 times in Philadelphia and Denver, to rave reviews.

“I am excited that a wider audience will have access to ‘The Mark of the Beast’ via the audio version. Now, more people can enjoy the science fiction book that is an uncannily similar to world events today,” says author, Mike Boryla.

For more information go to: markofthebeast666.net

Available on the publisher site Brook Forest Voices at https://www.brookforestvoices.com with Audible and Amazon to follow.