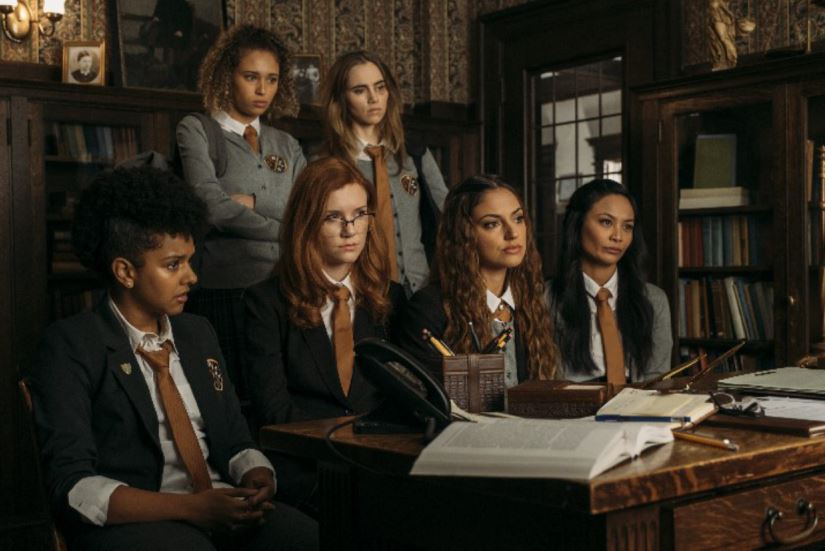 LOS ANGELES (February 24, 2021) – RLJE Films, a business unit of AMC Networks, and Shudder, AMC Networks’ premium streaming service for horror, thriller and the supernatural, have acquired the North American rights to the horror film, SEANCE. RLJE Films plans to release the film in theaters, On Demand and Digital on May 21, 2021 and Shudder will premiere the film on its platform later in the year. Shudder has also acquired UK, Ireland, Australia and New Zealand rights.

Known for writing some of the most revered horror films over the past decade, Simon Barrett (You’re Next, The Guest) wrote the screenplay of SEANCE and makes his feature-length directorial debut with the film.

“We’re so excited to finally be working with the amazingly talented writer and director of SEANCE, Simon Barrett,” said Mark Ward, Chief Acquisitions Officer at RLJE Films. “Following the ever growing success of his previous work on You’re Next and The Guest, we can’t wait to share SEANCE with audiences.”

“The Shudder team are big fans of Simon Barrett’s work as a screenwriter, so we leapt at the chance to be the streaming home for his directorial debut,” said Craig Engler, Shudder’s General Manager. “We know our members will be chilled and delighted by what Barrett has crafted with SEANCE.”

“I’m thrilled that SEANCE has found a home with RLJE Films and Shudder, who are at the vanguard of releasing unique and original genre films. Both companies clearly respect and understand horror fans, for whom SEANCE was made,” said Barrett.

In SEANCE, Camille Meadows (Waterhouse) is the new girl at the prestigious Edelvine Academy for Girls. Soon after her arrival, six girls invite her to join them in a late-night ritual, calling forth the spirit of a dead former student who reportedly haunts their halls. But before morning, one of the girls is dead, leaving the others wondering what they may have awakened.

ABOUT SHUDDER
AMC Networks’ Shudder is a premium streaming video service, super-serving members with the best selection in genre entertainment, covering horror, thrillers and the supernatural. Shudder’s expanding library of film, TV series, and originals is available on most streaming devices in the US, Canada, the UK, Ireland, Germany, Australia and New Zealand. To experience Shudder commitment-free for 7 days, visit www.shudder.com.

Since its inception, Dark Castle has produced 22 films, including GOTHIKA, starring Academy Award-winning actress Halle Berry and Robert Downey Jr., UNKNOWN starring Liam Neeson, and ROCKNROLLA directed by Guy Ritchie. Dark Castle is also well known for horror films such as ORPHAN, 13 GHOSTS, GHOST SHIP, and HOUSE OF WAX. The company re-launched in 2017. Productions since that time include THE EXPECTING, SEANCE, and a prequel to ORPHAN entitled ORPHAN: FIRST KILL.