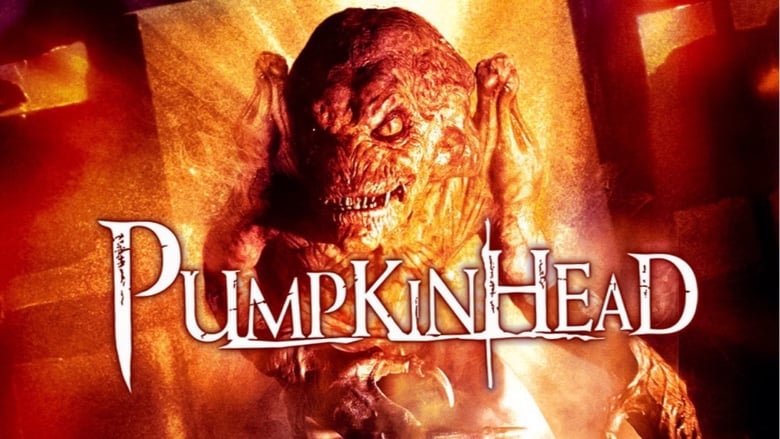 Stan Winston (April 7, 1946 – June 15, 2008) is considered one of Hollywood’s most iconic makeup and special effects artists.  His career spanned for over forty years.  During that time he worked with some of the great contemporary directors of his time.  His work included such high profile films as THE TERMINATOR (1984), JURASSIC PARK (1993), IRON MAN (2008), and EDWARD SCISSORHANDS (1990) along with cult classics such as GALAXY QUEST (199) and WHAT LIES BENEATH (2000).  His efforts resulted in ten Academy Award nominations along with four wins including 1999’s ALIENS.

Even with all those films, and the scores of others that he worked on, my personal favorite was his directorial debut in a vocation for Winston that only spanned two feature films.  That movie, considered a Halloween classic, is PUMPKINHEAD (1988).  Somewhat of a fairy tale, the story is even more so an allegory.   It’s more about how revenge can never be the answer to one’s trouble.  Only the personal ruin of the human soul is the final consequence when the anticipated outcome is granted.  The fate of those who have done wrong falls at the feet of the one who wants vengeance.  And the rot of sin enters the heart of the otherwise benign.

The creature that plays the title role seems to be a mysterious demon that originates from the pits of hell.  Its calling plays a significant role in duality with its human summoner.  Somewhat more of a manifestation of the dark yearnings of a man’s desire, the monster becomes an unstoppable “machine” that will only return to its home after the retribution that it was called for is complete.

I purposely call this film a “Halloween classic” rather than the horror classic that it really is.  The reason for this is that when fans speak of top villains or franchises in the horror genre, it often is overlooked.  This is justly undeserved and is one reason I am writing this review; to right this harsh wrong.

As cinema goes, the movie starts out not much unlike any contemporary slasher film.  A group of young campers and motorbike enthusiasts stop at a rural general store owned by Ed Harley (Lance Henriksen) to pick up some random rations.  During their supply run, a few of the older boys decide to ride their dirt bikes.  Ed’s young son Billy (Matthew Hurley), excited to watch, unfortunately is hit by one of the bikers.  His injuries eventually lead to his passing.  Soon a debate between the campers results on whether to report the accident to the authorities.  Quickly a standoff results where Joel (John D’Aquino), who is already on probation, wants to cover up the offense while his friends do not.

One thing any parent knows is they should never have to bury their child.  And the heart wrenching scene of Ed carrying in his arms the body of his dead son is poignant.  His rage is the only other emotion that can compare to his grief.  And unfortunately that rage is what drives him to his own destruction.

Hearing from Mr. Wallace (Buck Flower) of a local legend from the past (in a pre-credit scene that sets up the film), Ed travels to the home of a local recluse named Haggis (Florence Schauffer) who is purported to be a witch.  Offering gold to her in hopes of his son’s resurrection, she says she can only grant revenge.  He accepts her offer and his instructions are given:  head to a forgotten graveyard up in the abandoned town of Razorback Holler to retrieve a buried corpse.  Using Ed’s blood, Haggis resurrects this mummified body, and it turns into the towering demon Pumpkinhead to seek out the campers and bring them death.

This scene is one that shows the amazing talent that Stan Winston had.  The incredible practical effects used to transform a rotten corpse into what appears to be a living and stalking demon is amazing.  It should be noted that Winston was only given three million dollars for the budget to this movie.  With what was a solid script already in hand and his personal friendship with Henriksen well known from their work together in such films as ALIENS, this allowed Winston to use almost the entire budget upon the monster.  The result was the making of one of the greatest cinema monsters in movie history.

For my personal experience, I may have seen the film for the first time some time ago.  But the imagery has never left me.  Besides Pumpkinhead himself, the witch Haggis terrified me.  Her appearance seemed to resemble the evil queen’s old hag disguise from SNOW WHITE AND THE SEVEN DWARVES (1937).  All she needed was a giant black cauldron and she would have fit perfectly at a medieval black Sabbath.

Pumpkinhead himself was an amazing monster.   Many times compared to the Xenomorph that Stan Winston made in ALIENS, the creature’s lanky form, legs more like an animal’s hind legs, and a head shaped much like a pumpkin all were depictions of demons from hell that one would see in the artwork of Gustave Dore or William Blake.  As a young boy, I myself felt just as the Ed Harley character did in the film.  I didn’t faint as he did, but bad dreams came to me.

Much of the film from this point on is the struggle that Ed has with the killing that the monster brings.  His original grief that soon turned to rage over his son’s death, once more turns to guilt as he witnesses the campers’ terror and death.  And when Haggis tells him that nothing can be done, that the demon must finish its mission, Ed decides to take matters into his own hands to try to stop Pumpkinhead.  The horrible lesson that he begins to learn is that sometimes one can’t take things back.

As cinema goes, this film should easily satisfy all horror fans.  It includes many classic traits of the genre.  It includes the underused antagonist of the old witch.  Of course the title role’s demon fills the role of the creature, beast, or monster that in 1988 felt refreshing as most horror films of that time had replaced the monster with a psychopath.  Its legacy resulted in a follow up of three more films making it a franchise (though Stan Winston had little participation in them).

For me personally, the movie is one of my top ten favorite horror films of all time.  Of course writing horror columns, I have a love and passion for the genre in general.  But every once in awhile there comes along a film that holds a special place in my heart; a film that I remember the exact time and place I saw it.  If it wasn’t for films such as THE EXORCIST (1973), CANDYMAN (1992), and PUMPKINHEAD, I probably wouldn’t be the avid horror aficionado that I have become.

If you have never seen the film, you have a wonderful treat ahead of you, while if you have seen it, why not revisit again today.  Halloween has just passed and Pumpkinhead fits the bill even as your neighbors begin replacing their jack-o-lanterns with Christmas wreaths.