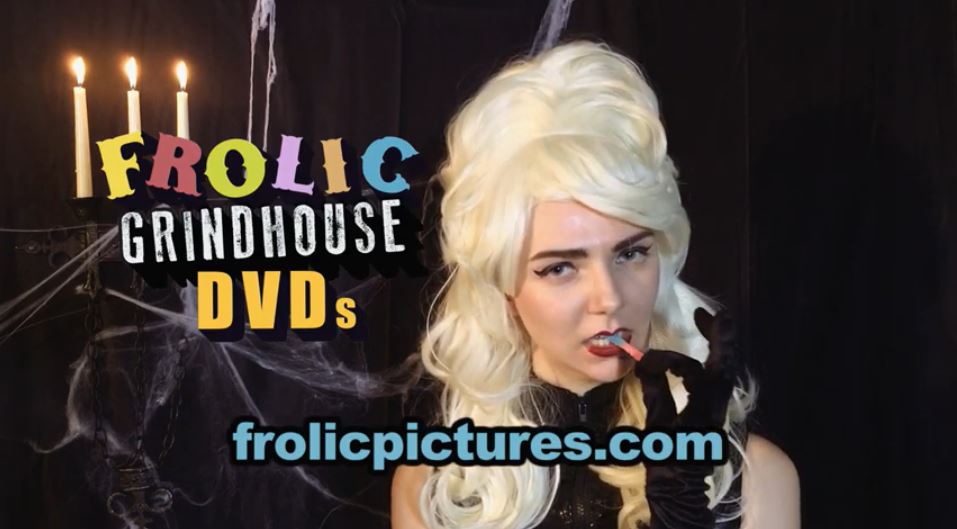 Ghouls! Ghosts! Girls! Spooktober is here, and what better way to celebrate the 31 days of horror than with the newly released triple feature DVDs from Frolic Pictures? 20 new triples should get you through! This very special batch pays tribute to the must-see horror films from the golden age of silent screamers and depression-era staples, packing a potent punch of non-stop scary cinema.

These new triples grind out over 4 hours, continuously, for the perfect Halloween horror show! They’ve got what you need, to put you in that morbid mood. Eerie 20’s silent films, 30’s spook standards, 40’s freak fests, 50’s frights, and some sinister sexploitation cinema of the 1960’s.

Discover a vast array of other fantastic Frolic doubles and triples online, wherever DVDs are sold (Amazon, Barnes & Noble, Target, Best Buy, you name it). Hand-selected by the man whose business is B-movies, The Sultan of Sensationalism himself, for a solid and sordid combination of old school horror and juicy exploitation fare.

Each DVD is a one-of-a-kind experience, like going to the drive-in back in the day, except in the comfort of your own home. Every carefully curated program is 3-4 hours of shocking, bizarre, and tantalizing entertainment from a bygone era. Packed with cinematic surprises, such as pre-show shorts, trailers, and intermission cartoons.

Digitally revived from the best source elements found. Be thrilled and pleasantly surprised with what the Maestro unspools. Screen at Halloween parties, make a triple feature night with friends, or simply enjoy them alone, as you turn on, tune in and drop out of your semi-important responsibilities.

Just pop the DVD in and let it play, thanks to Frolic’s clever auto-starting videodiscs. It’s like there’s a projectionist grinding out rare prints at your leisure. Whether you’ve been to a grindhouse theater, or discovering the sensation for the first time, these limited edition Frolic Grindhouse DVDs make the perfect show for the avid horror, cult, erotica and exploitation cinema fan.

Frolic’s got Halloween covered. These DVDs provide a great way to experience the sickest season of all. So order them now and discover lost gems, among the muck, in the B-side of cinema!