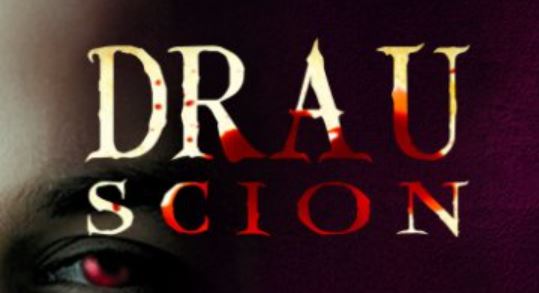 United Kingdom’s Elizabeth Stephens (E S Stephens) has released her second book in the Lands of the Draurhegar horror and adventure series, her publicist announced today. “Drau: Scion” is scheduled for release in America, Canada, and world wide on December 12.

The readers’ favorite characters from the award-winning author’s first book, “The Lands of the Draurhegar,” appear in the dynamic sequel, “Drau: Scion” as well.

The much anticipated story centers around the dramatic events of the King’s demise. The noble House of Dhal-Marrah has returned to prominence where many question the sudden favor granted to The House of Assassins.

The lines are drawn and as the leaves begin to fall, the country stands divided between those loyal to the widow Queen, and those who seek to undermine her fragile reign.

A crucible political storm could be the end of the Kingdom before the first snows of winter fall. As the shadows draw in, a traitor waits for the single mistake that could end the Dhal-Marrah line for good.

“The Drau Series had been percolating inside my head for a while. I hadn’t really written anything down but I had a very clear idea of the characters, the setting, and the plot,” explained the author.

Stephens added that she felt a great deal of responsibility and motivation for writing her second book in the series. She went on to explain that readers reached out to her and said they were waiting.

“E S Stephens is one of the most intriguing writers that I have had the pleasure to represent,” stated Fran Briggs, Publicist to E S Stephens. “This exciting story is brilliantly detailed and well written. She masterfully draws her readers in with creative and sensory-filled content.”

Elizabeth S Stephens lives in the riverside town of Kings Lynn on the Norfolk coast of the United Kingdom. When the fantasy horror writer is not tending to her young son, she’s sitting at the breakfast table writing dark tales and chilling fantasy novels or traveling across the country to meet and greet with readers and talk about writing in high schools, colleges, and libraries. Author of the globally sold Drau Series, she was listed at #1 for The Best of Spring Reading by EIN Press, and at #8 in “20 Must Reads for Fall 2020.” Elizabeth has also been cited by NBC and WRAL 5 (USA television). Her flagship series is a wild ride of murder, assassination and epic fantasy. Elizabeth currently resides in the United Kingdom with her 6-year-old son.