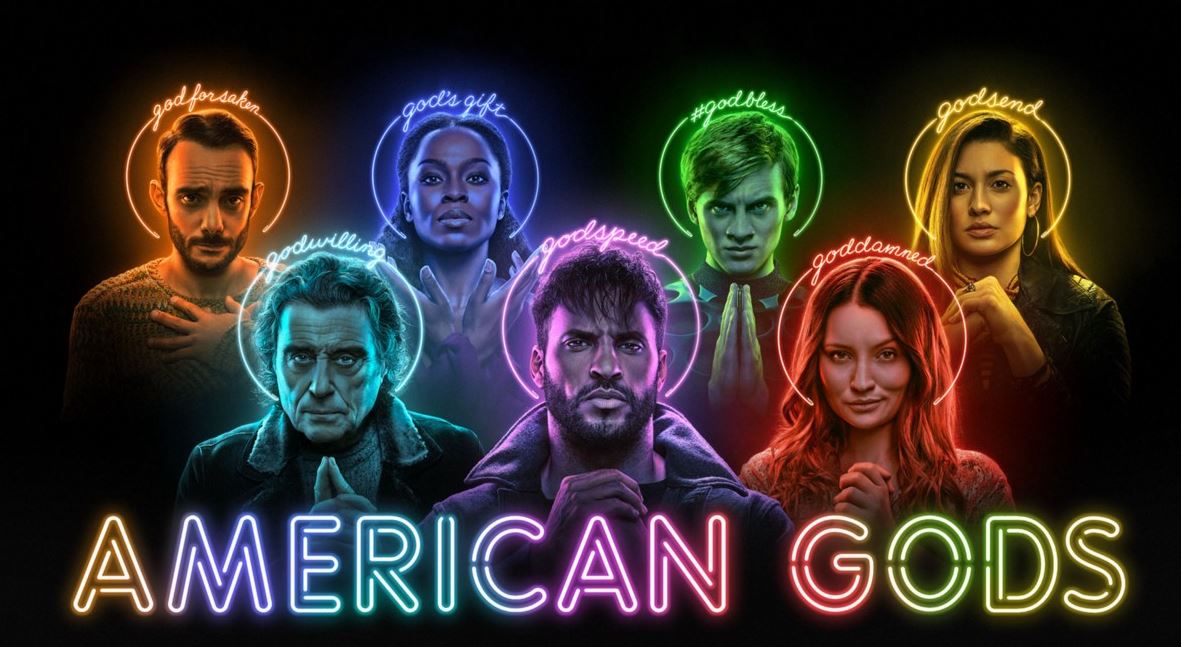 OFFICIAL SYNOPSIS
In Season Three of “American Gods,” dangerous secrets intensify the inevitable war building between the Old Gods of mythology and the New Gods of technology. When Shadow Moon discovers that his boss, Mr. Wednesday, is not only one of the Old Gods but is also his father, Shadow attempts to break away and find his own path. Guided on this spiritual journey by the gods of his black ancestors, the Orishas, Shadow puts down roots in the idyllic, snowy town of Lakeside, Wisconsin — but this small town holds dark and bloody secrets that force him to accept his destiny. Rather than facing a choice between divinity or humanity, Shadow must now decide just what kind of god he wants to be.

Meet the New Gods of Season Three
Road to Epiphany: The Season Three Journey
Five Questions for the Cast