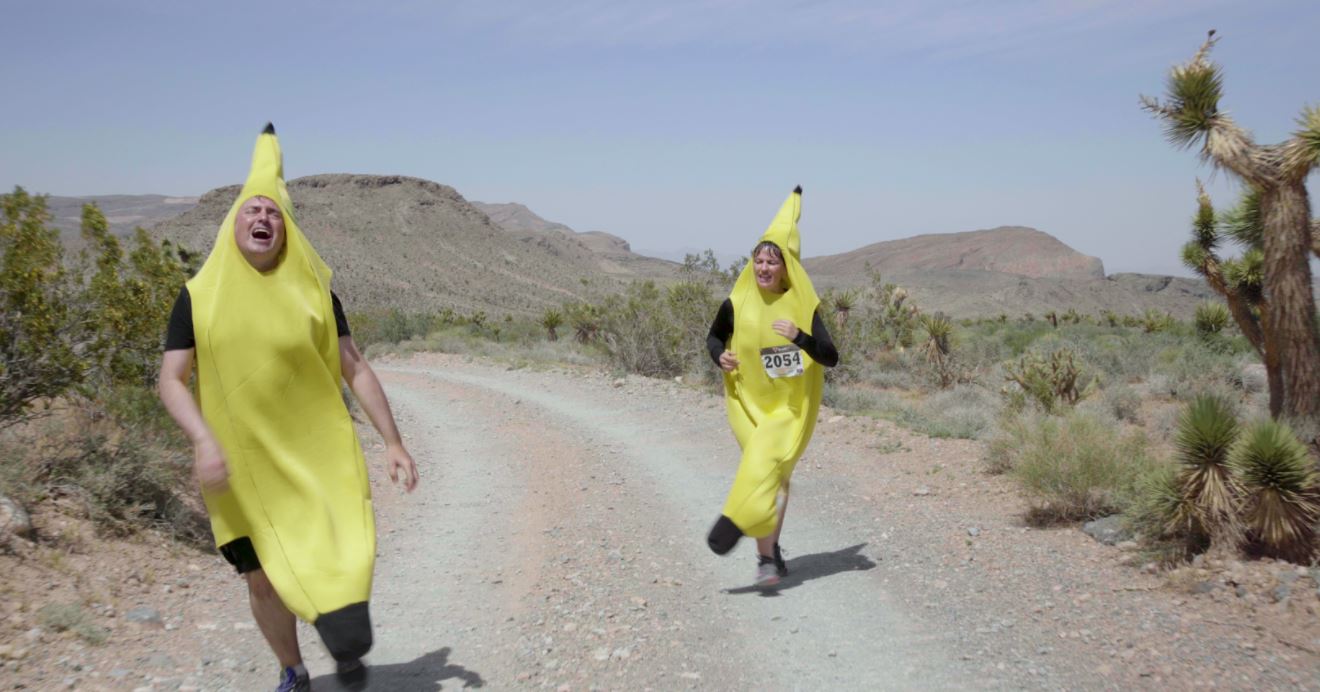 The hilarious MARATHON, “a cheeky, giggle-filled mockumentary” (The Film Yap) that tracks an assemblage of improbable partakers of a long-distance race “Christopher Guest-style” (Projected Figures), will release in North America on Digital and On Demand July 6.

From writer-directors Keith Strausbaugh and Anthony Guidubaldi, Marathon is “a cheeky, giggle-filled mockmentary” (The Film Yap) that tracks an assemblage of improbable partakers of a long-distance race “Christopher Guest-style” (Projected Figures).

The mock-doc begins three months before Devil’s Canyon Marathon, an underfunded local race organized by shoe store owner, Ed Clap. We meet and follow the below runners, delving into their training, but more importantly, their personal relationships (or lack thereof) with friends, family, and romantic partners.

Ryan O’Brien missed qualifying for last year’s Boston Marathon by nine seconds. He’s obsessed with everything Boston. This is his year. Or is it? A foot injury and a testy relationship with the cameraman may be his undoing.

Jenna Kowalski is attempting to break the record for fastest marathon time dressed as a fruit, but a new relationship threatens to thwart her efforts. Will she be top banana? Abby Dozier tried to run a marathon the previous year, but an unexpected pregnancy threw a wrench (or baby) in her plans. Now with a year of motherhood under her belt, she’s ready to run again.

Shareef Washington earnestly wants to complete a marathon to prove his bullying, triathlete sister wrong, but his own training is continually interrupted by overzealous cops suspicious of a Black male runner.

Emilou Paunch quits roughly 30 seconds into her training regime… because she’s a sane, normal person. From there, all aspects of her life (sex, career, health, etc.) get progressively better. Not running the marathon was the best decision Emilou ever made.

Said the filmmakers of the cast, “Every mock-doc lives and dies by its cast, so the spotlight should be on them, not us. Thankfully, we had a company of Las Vegas comedic stars from Cirque du Soleil, Absinthe, Second City, and Blue Man Group… mixed with a few up-and-coming and hilarious Upright Citizens Brigade actors from LA. That’s our statement”.

Marathon is on digital and On Demand July 6 from Gravitas Ventures.