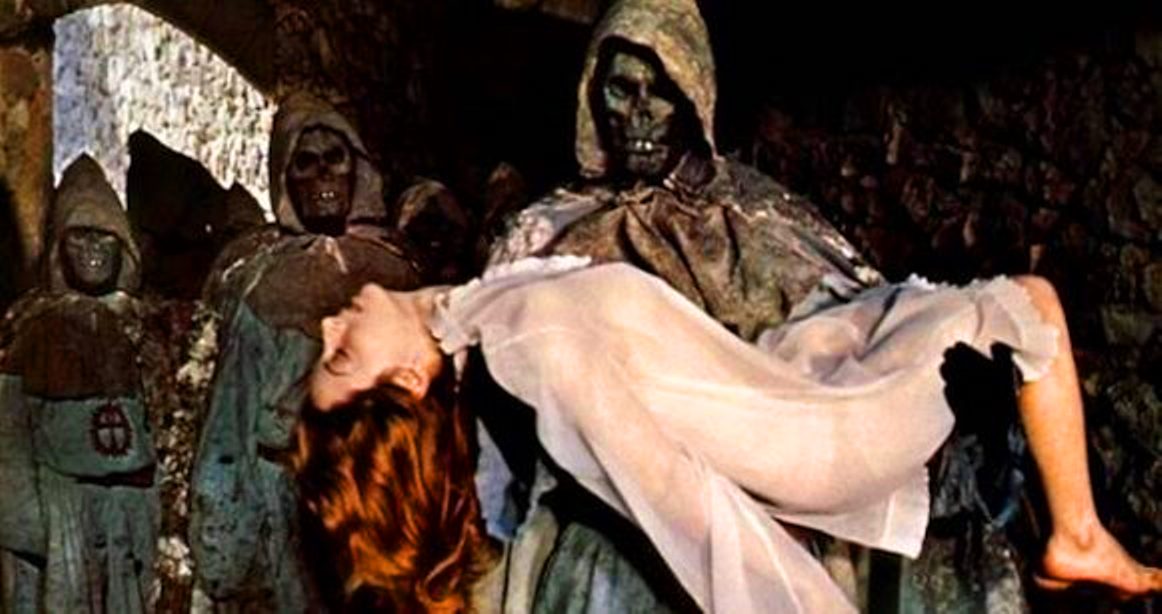 Sure, in the 1970’s, Italy and the United Kingdom seemed to dominate with the giallos and gothic horror movies. Yet other nations had their genre films too. Spain and Portugal were also prominent and one group of drive-in movies definitely made a mark. In 1972, Spaniard director/screenwriter Amando de Ossorio released the Spaniard/Portuguese film TOMBS OF THE BLIND DEAD. The movie instantly became a fan favorite for the midnight movie crowd. Its interpretation of the undead felt original when ghosts, vampires, and zombies seemed to be all there was. After its success, three more films in the series were made. The Graveyard Shit Podcast takes a look at these four films and does their retrospective about an interesting group of movies.