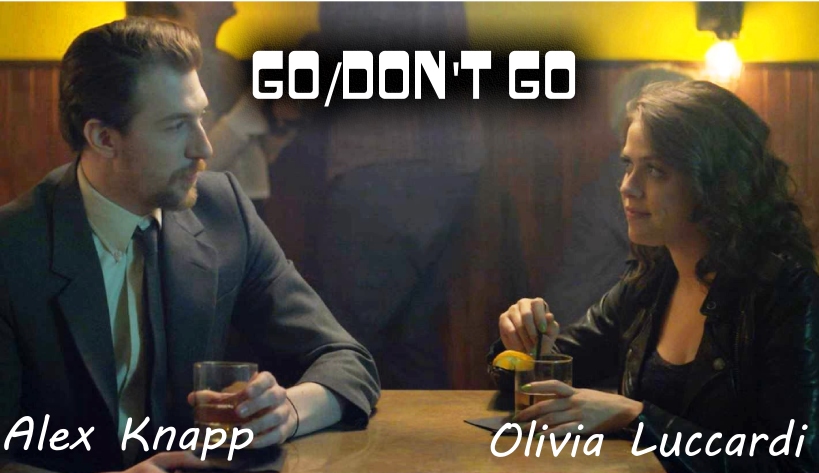 Well, in Volume 15 of the podcast, we did a review of a post-apocalypse film entitled GO/DON’T GO.  The movie was the feature length debut of director Alex Knapp. It became available everywhere in early Q1 2021 and has been getting a bit of buzz from audiences.

Adam (Alex Knapp) is all alone.  The apocalypse has come and gone and left him by himself in the world.  His life encompasses his home and the small rural towns outside Albany, New York.  With no one around, he tries to live a life of normalcy.  But his memories of his fiancé who he lovingly nicknamed K (Olivia Luccardi) haunts him.  Will he be able to survive in this dystopian world or will his inner demons destroy him?

Olivia Luccardi, co-star of IT FOLLOWS (2014) and THE DEUCE (2017-2019), and the director Alex Knapp were kind enough to come on the podcast and be interviewed by your co-hosts. We were able to ask further questions of our guests, and see if we were right in what we thought the film was trying to say. Take a listen and hear what they say.