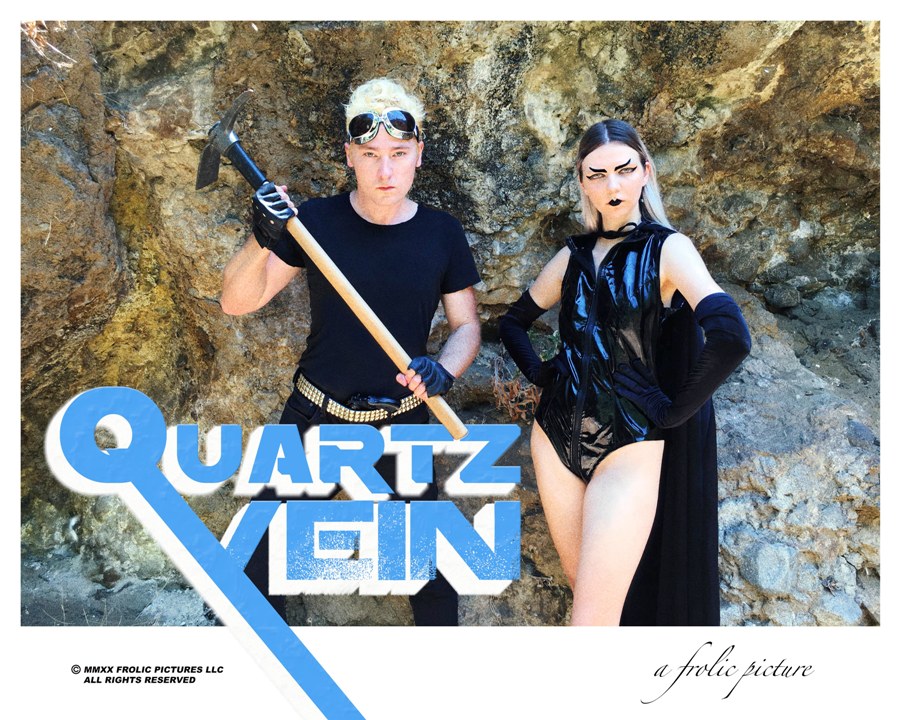 A prospector in the year 2047 helps rescue three sisters enslaved by a wicked mutant race of gold-injecting vampires.

‘Quartz Vein’ will be the 15th feature film by award-winning director, Jared Masters. We are very passionate about this production and have been developing it while in quarantine.

The script is done and ready to shoot! 85 pages of action-packed adventure. A fascinating original story, filled with many colorful characters and practical special effects.

This is a project that WILL get completed by Christmas, for a Fall 2021 release. There are many wonderful perks for contributing, like totally radical gizmos and gadgets used in the film, such as the Heated People Seeker or a cyber-style ray gun and many other one-of-a-kind props used in the film.

Plus, rare cast-signed lobby cards, and early screening copies … on VHS! And don’t miss the chance to own a hard copy of the script, signed in silver ink by the cast and crew!

Also, for just a $10 contribution, you will immediately receive “Special Thanks” credit on IMDb! A great way to beef up those creds!

We will be forever grateful for even $1 towards this ultra low budget feature film. We need funding for cast and crew stipends, prop construction, wardrobe, set design, fuel, food, theatrical effects, lights and other essential equipment.

Jared Masters is the master of doing a lot with a little and you can be sure your buck will be stretched at least a mile.

The pandemic has shut down productions across Hollywood, but we have been carefully plotting our next move… Quartz Vein is safely moving into production, very soon.

Safety measures are our first concern. Scenes have been written to involve few actors on set together at the same time. Plus, most of it will be shot in the great outdoors, such as the beautiful rivers and canyons of the San Gabriel Mountains.

Casting is already underway, with self-taped audition videos flooding in, and choices are on the verge of being made.

Be part of something worthwhile, and help us move closer to rolling on this exciting new motion picture. So check out the perks now and please don’t forget to share!

Thank you! – From all of us at Frolic

Donate To The Production