OH THE HORROR COLUMN: How About The Magazine? 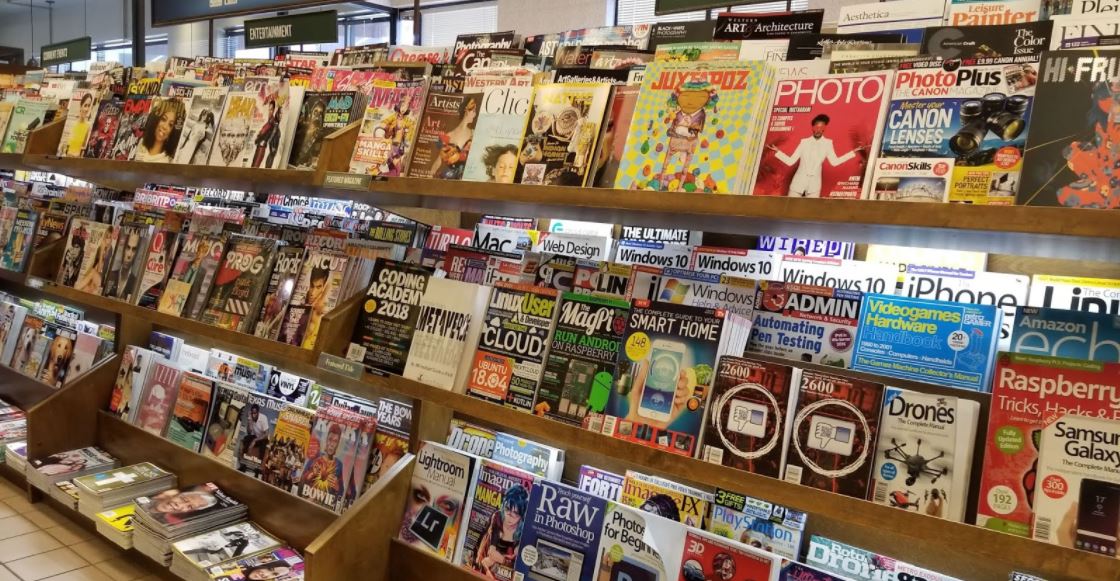 The year was 1996.   I was just a young six year old child.  My mother had laid me down for bed.  The television had been left on.  And for this little boy, wow, what a surprise it was that the classic horror movie The Exorcist (1973) had been playing.  As you can imagine, I remained frozen in fear from what I had watched on that old box TV we owned.  And as a six year old, you bet The Exorcist was different from anything I had ever seen up to that point in my life.

Then three years later when I was nine years old, the memory of that night seemed to haunt my thoughts deeply.  Still only nine, having the impressionable mind of a child that was filled with innocence, I thought to myself “What was that strange movie I watched that left me with nightmares”?  A consideration popped up in my thoughts.  Were there more films just like it?  Movies like it only for “big” people, not kids?

Just like any young child, boy or girl, I proceeded, even if unconsciously, to seek out that feeling that encourages people to watch (and enjoy) horror movies.  Being so young, such movies were rare for me to behold.  Viewing them, if at all, included long stretches before I could sneak in another.  And just like that, the next one that I got to watch was Candyman (1992).  Once again, as a nine year old boy, I was mentally tortured from what appeared on my television screen.  But rather than hide from such frights, I now was on a mission to find more of these flicks.

And the surprise I had to discover that there are endless amounts of these movies.  I was filled with a paradoxical joy and fear when finding out there are so many to choose from.  That started my addiction to horror films.  What was the attraction?  Was it the very hard-to-explain emotion that comes with the rise of one’s heartbeat?  Or was it something more habitual like covering one’s eyes in fear?  I do not know.

And as my imagination grew, it became an obsession.  Every time I went out to the local collectible store, I would buy action figures, posters, or comics.  You name it, I had it.  I became that boy down the road that worried my friends’ parents.  I was that neighborhood kid with the so-called “weird” hobbies who talked about all the “creepy” movies.

But just like anything, you find people with the same interests.  So it was a splendid treat to find that one friend in school had the same appreciation for the genre as I did.  I was able to finally talk with someone about our mutual passion, especially at a time when such an enthusiasm was more a specialty pastime for most.  Children today are so much luckier.  Things like superheroes and horror monsters are now no longer just for the “weirdos” or kids.

Now with all that said, it is understood that that was bygone days.  Much like other things, interests come and go.  Back when you were a child, you say to yourself how quaint it was that you played with action figures, Barbies, legos, or teddy bears.  I didn’t think my love for horror would be anything more than a passing interest.  Yet as some things follow you out of adolescence, my love of cinema, specifically horror cinema, most certainly followed.  A passion to me isn’t an obsession.  It’s a zeal that carries with it nostalgia.

Because of my steadfastness, I’ve had the pleasure to interview many horror celebrities for podcasts and blogs.  Many of those interviewed played the monsters that kept me up at night.  These meetings with stars were partly what inspired me to write about horror.  And to a degree this led to my magazine Oh The Horror.   Yet another inspiration coincidentally was that I live across the street from a local print shop that my friend Mark owns.  Just like me, he’s also a fan of horror cinema.

As a patron to his shop, I’ve had hour long conversations about film.  During one of these occasions, he showed me a magazine.  It was called the Gore Gazette, created by horror fan Rick Sullivan.  As I went through it, it impressed me immensely.  Almost to the moment, I had the feeling that I could do something similar.  And my friend Mark, being the great guy that he is, said he would even print my idea.

The thought of successful magazines like Famous Monsters of Filmland, Fangoria, and Rue Morgue had me thinking this small idea could maybe lead into something bigger.  And if not, at least it would be a fun hobby that I could share with others.  So with the seed planted, I proceeded forward.   Like most ideas, I made a plan to start off small.  My goal as I progress is to slowly add more content.  At the time I’m writing this, I’m just finishing up my third issue of Oh The Horror magazine.  I’m quite proud at accomplishing this, as only a few months ago it was nothing more than an idea.  With this latest success, I am pleased to state that I have the next four months planned out.

The main inspiration behind my magazine was to try to give people a better view into the world of the horror genre.  Movies and monsters are not the only topics.  I have articles discussing the horror conventions that pop up all around the country.   I interview and write about the people that make a living from the genre.  Many are not filmmakers.  There are authors, and artists, and cosplayers, and webmasters.  The community is much more diverse than the cinema that we all know about.

If Oh The Horror gets notice, it would be an honor for me to know that just maybe a young boy or girl sees my magazine somewhere and devours it with passion.  I’d love to know my little project helped seed the zeal in a young fan the same way that The Exorcist and Candyman did for me.

With the first two issues being out already I didn’t expect it to do so well.  I’ve had people communicate with me through social media saying they had a copy.  And in many cases I’ve received pictures of the magazine located on racks in a few local shops around my area.  So for such a new project, I’m quite satisfied where it is at.

I’ll never forget while interviewing iconic actress Linnea Quigley, famous for her many great roles as a famous scream queen.  I mentioned how I would love to always be busy doing something around the horror community.  Her response?  She felt I was doing it now by simply interviewing her.  “You’re heading in the right direction,” she said.  She told me how she started as an extra in a film.  And like her, she mentioned how I should never loose focus on my goal.  “It doesn’t happen over night,” she continued.  For her, even if taking such a chance was scary, she put one hundred percent into her goals.  She said I should do the same.

To conclude, horror has been something I’ve known forever and to settle for doing something that doesn’t involve that would be a disappointment to me.  If you are curious about my magazine, you can reach out to me through the Dark Discussions email (simply contact us through the website).  You can also find me on Facebook.  Though Oh The Horror magazine isn’t huge, or found everywhere, I can always get copies out to those who desire.