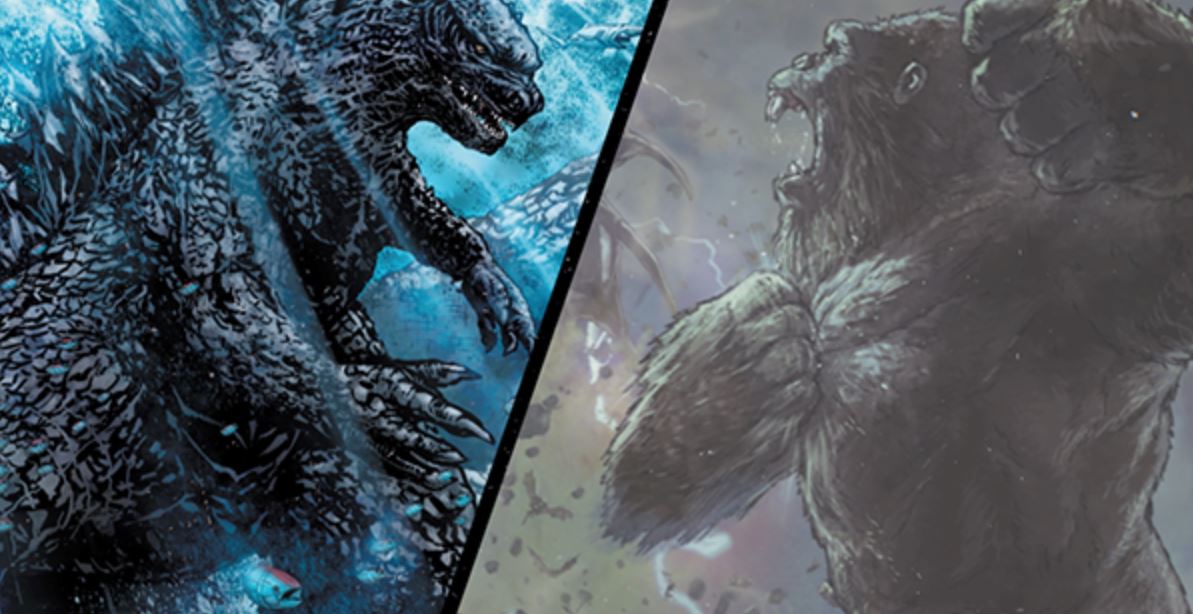 **Digital review copies of Kingdom Kong, Godzilla Dominion and Kong and Me, and interviews with the creative teams available upon request**

ABOUT THE PUBLISHING PROGRAM:

Godzilla Dominion—the prequel graphic novel written by Greg Keyes (the Age of Unreason trilogy; three New York Times bestselling Star Wars novels in the New Jedi Order series) with art by Drew Edward Johnson (DC’s Wonder Woman, Supergirl; Legendary Comics’ Godzilla Aftershock)—will feature a unique story that picks up after the events of the film Godzilla: King of the Monsters, where the Titans have risen and the reign of Godzilla has begun. As told entirely from Godzilla’s point of view, the graphic novel brings new insights into the King of Monsters: his habitats, ancient rivalries, encounters with new Titans, and other challenges. As his new era of dominance is tested, a coming confrontation with another King looms.

A sequel to the graphic novel Skull Island: Birth of Kong and a prelude to the film Godzilla vs. Kong, the upcoming prequel graphic novel,Kingdom Kong, will follow a group of highly skilled military pilots gathered together on Skull Island to see who has ‘the right stuff’ to take on a dangerous mission into the hollow earth. One of the pilots, Audrey, is haunted by the memories of a monstrous clash with one of Godzilla’s titanic rivals that left deep scars. When Skull Island is attacked by Camazotz, a bat-like Titan, Audrey must to come to terms with her inner demons, and finding his home newly threatened, Kong must rise to face this usurper that would plunge the world into perpetual night. Kingdom Kong is written by Marie Anello (Shout Out) with art by ZID (Legendary Comics’ Skull Island: The Birth of Kong; Trick ‘r Treat: Days of the Dead; Spectral: Ghosts of War).

Kong finds himself in the center of a charming and enthralling children’s book, Kong & Me, by New York Times’ bestselling author Kiki Thorpe (The Never Girl early chapter book series) with illustrations by Nidhi Chanani (Pashmina; I will be fierce). Young fans will be able to follow along as the mighty Titan and his new pal spend a day of fun and adventure exploring the many wonders of Skull Island—proving that friendships come in many sizes and no matter how different we are, no one is too big or small to find a true friend. For a sneak peek at Kong and Me, please visit: http://bit.ly/397NSY3.

The engaging and family-friendly board book Godzilla vs. Kong: Sometimes Friends Fight (But They Always Make Up),from Insight Editions and featuring art from illustrator Carol Herring, features heartwarming lessons and introduces the beloved Godzilla and Kong characters to a younger generation. Making new friends isn’t always easy for kids. That is equally true for two giant monsters, where small misunderstandings can easily blossom into enormous conflicts. This book provides tips on how to be a good friend by using these two Titans to show young kids how to behave in familiar situations…but on a much larger scale.

New York Times’ bestselling author Greg Keyes returns once again to the Monsterverse with Titan Books’ Godzilla vs. Kong: The Official Movie Novelization, taking readers deeper into the worlds of Monarch, the Titans, and so much more. Humanity fights for its future as Godzilla and Kong embark on a path of destruction that will see the two most powerful forces of nature on the planet collide in an all-out war.

For new readers wanting to discover the backstories of Godzilla and Kong for the first time or fans revisiting their favorite adventures, the Monsterverse Titanthology Vol 1brings the previously released graphic novels, Skull Island: The Birth of Kong (2017) and Godzilla: Aftershock (2019), together in one legendary volume for the first time ever.

Godzilla vs. Kong: One Will Fall, The Art of the Ultimate Battle Royale—from Insight Editions and written by Daniel Wallace with a special foreword by director Adam Wingard—takes fans behind-the-scenes revealing how this monstrously epic film was brought to the screen. The deluxe book will feature a dynamic selection of exclusive concept art, pre-production materials, on-set photography and insight from the filmmakers, making it the ultimate guide to an iconic movie showdown.

For complete details about the Godzilla vs. Kong publishing program, please visit: http://bit.ly/3lGnyJK.