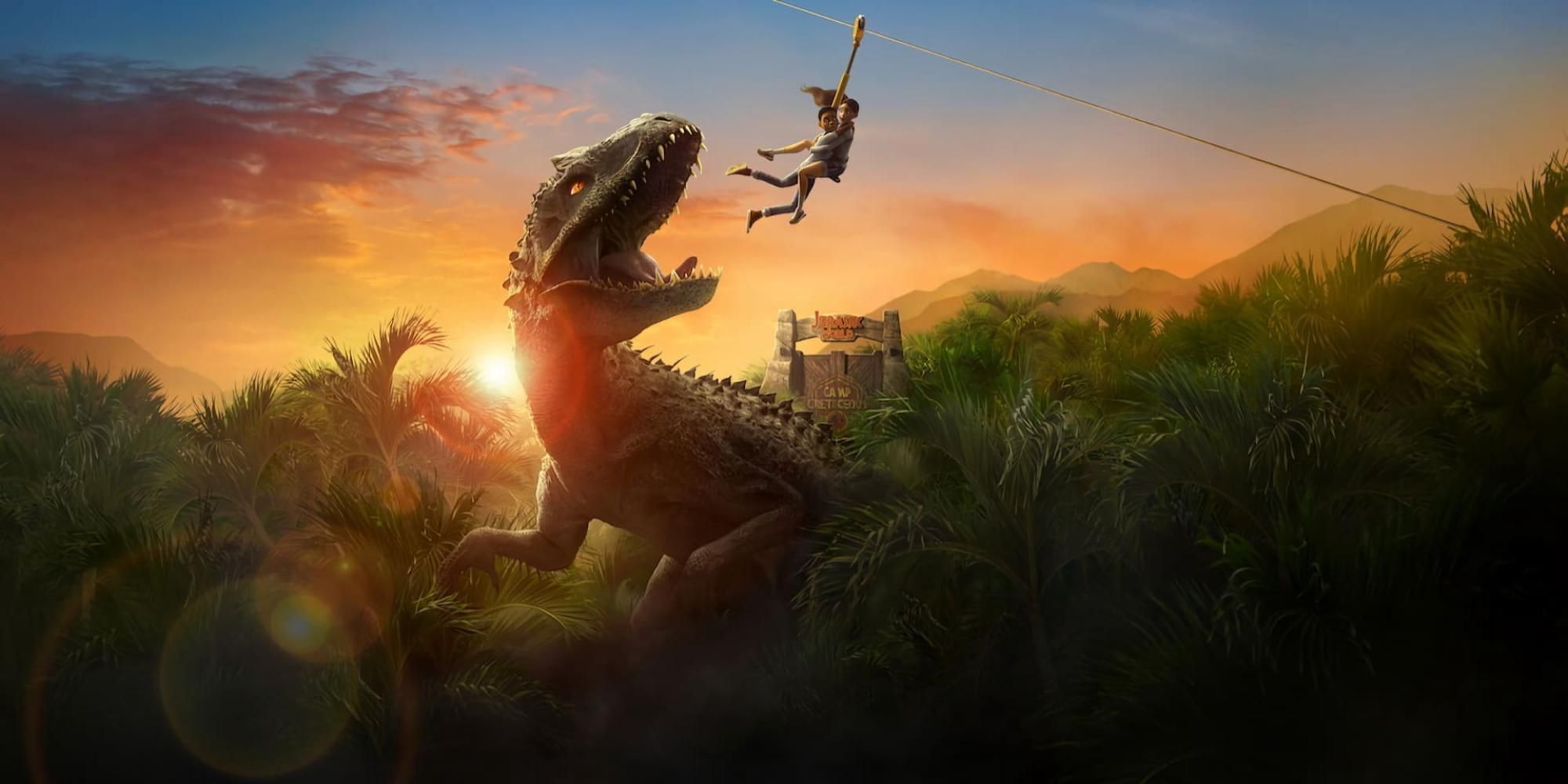 JURASSIC WORLD: CAMP CRETACEOUS IS BACK IN SESSION
WITH A THIRD SEASON STREAMING NOW ON NETFLIX

Inspired by the globally beloved Jurassic World franchise, Jurassic World: Camp Cretaceous follows six teenagers chosen for a once-in-a-lifetime experience at Camp Cretaceous, a new adventure camp on the opposite side of Isla Nublar, who must work together to survive when dinosaurs wreak havoc across the island. From DreamWorks Animation, Universal Pictures and Amblin Entertainment, the series is executive produced by Steven Spielberg, Colin Trevorrow, and Frank Marshall, alongside executive producers and showrunners Scott Kreamer and Aaron Hammersley.

In season three, still stranded on the island, the campers uncover more details of Dr. Wu’s secret research, and must quickly take their fate into their own hands with a dangerous plan to leave Isla Nublar behind for good. But when a tropical storm delays their departure, a lethal new threat quickly closes in on the campers, placing their escape, as well as their lives, in extreme peril.