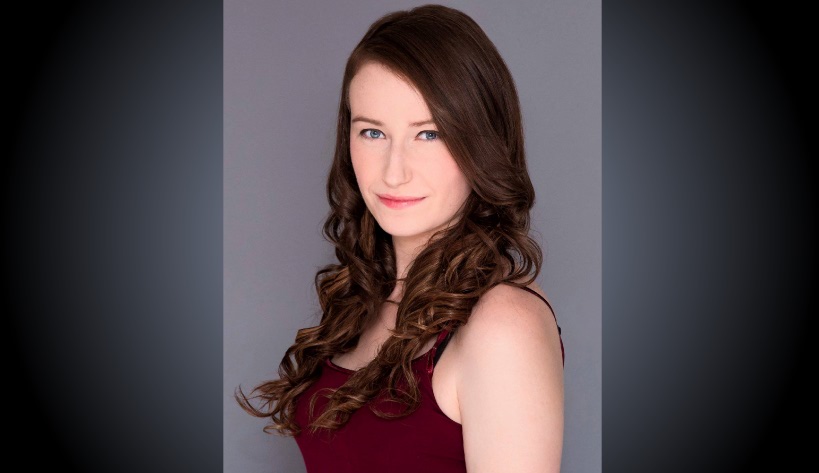 Though COVID-19 closed down a whole lot of theaters all across the world, there still were a fantastic number of horror and genre films that were released on streaming services and video-on-demand. Just listen to Dark Discussions Podcast Episode 472 – The Best of 2020 (Recap) to hear all about them. One such film was the HONEYMOON PHASE which was reviewed on Episode 455 of the podcast. One of the stars of that movie was Chloe Carroll, an English-born actress now residing in the United States. She’s worked on a number of short films besides her starring role in HONEYMOON PHASE. She’s also produced much of her work and created a network on YouTube that brings together many short horror films that give their creators a voice. Fortunately we were able to interview Chloe where she will discuss all these things in more detail.

Dark Discussions News Network: Hi Chloe, thanks so much for joining us today for our themed Horror and High Heels interviews of Women in Horror. Why don’t you tell us a little about yourself and what you do.

Chloe Carroll: Hi! Thanks so much for having me. My name is Chloe Carroll and I am an actress/producer. I run my own horror production company called FEAR CRYPT.

Dark Discussions News Network: That’s pretty awesome. I’ve gone and watched a number of your short films at FEAR CRYPT and many are better than the shorts found in many horror anthology films. I know a lot of folks aren’t able to do their passion as a full time job.  Many have to work a day job to pay the bills.  So to put this into two questions, how long have you been around?  And are you able to do it full time?

Chloe Carroll: I started the company when I made my first short horror film about 7 years ago. And I run it along side a part time job.

Dark Discussions News Network: What made you get into horror, both acting and producing?  Were you always into horror movies and thrillers?  Or just into things like monsters in general?

Chloe Carroll: Even as a kid I always loved horror movies. Mostly because they are the one genre you are generally told you are not allowed to watch, which makes you wanna watch them even more. Then once my dad told me that its all make believe and not real, I became obsessed with how films were made and what went into filmmaking.

Dark Discussions News Network: Do you dabble in other genres too such as science fiction, fantasy, thrillers, mystery, or grand guignol?

Dark Discussions News Network: That’s very true. A lot of movies kind of fall into more than one subgenre of cinema. Movies are one artform that definitely fall into the use of a Venn Diagram. You have mentioned how you produce many of your own movies, but have you worked with any major companies or semi-famous “artists” in any type of media?

Dark Discussions News Network: Yeah, he is a great actor and was remarkable in THE HONEYMOON PHASE. To switch gears, was there any specific thing as a child or teenager (things like a movie, a horror author, a horror monster) that affected you and turned you into focusing on a specific subject?

Chloe Carroll: I just loved movie monsters in general. Just to see the amazing work and dedication that went into the SFX creations was an awesome treat. Many were very fascinating and left an impression on me as a young girl.

Dark Discussions News Network: That being said, what about specifics? What are some of your favorite horror movies and why?

Chloe Carroll: Oh there are so many but I love NIGHTMARE ON ELM STREET. I personally think it is so clever that Wes Craven created a fear that involves something everyone has to do – sleep. And no one can avoid it.

Dark Discussions News Network: That makes me think of H.P. Lovecraft too with his famous short tale BEYOND THE WALL OF SLEEP. Speaking of the written word, what about books?  Do you have a favorite horror book/author?

Chloe Carroll: Never been a reader unfortunately, although I read a few Goosebumps books as a kid.

Dark Discussions News Network: Ha, hadn’t we all gotten our start with horror by such things as Goosebumps, or Nancy Drew, or The Hardy Boys. Now back to you. How about telling us a little about some of your other past projects that would be of interest to speculative fiction and horror fans?

Chloe Carroll: Sure. Well, to start, FEAR CRYPT is definitely one place to start. It’s my YouTube channel that I have that has over thirty short horror films which include work by me and also others from the horror community. You can find FEAR CRYPT by simply typing it in on YouTube or just follow this link. The great thing about the channel, everything is free to view.

Also, THE HONEYMOON PHASE which is the latest film I’m in. It’s a science fiction, horror thriller that I star in. It was released last year and has gotten a lot of great buzz. It’s available on DVD with a lot of extra content included and can purchased on whichever online retailer you prefer. Also at the time of this interview, you can find it actually free streaming both on Amazon Prime (with a subscription) or completely free on Tubi. Also, THE HONEYMOON PHASE can be found everywhere VOD rental streaming is such as Apple and Vimeo as well.

Philip of DD:  What is your favorite horror villain or monster?

Chloe Carroll: I love Inhoteb from THE MUMMY. Boris Karloff was such a standout.

Dark Discussions News Network:  What a great choice and such an iconic character played by such an iconic film star. Sorry for keeping you this long, but how about telling the readers where they can find you. Where online or social media?  Let’s have it.

Chloe Carroll: Absolutely, without conventions, social media is pretty much the only place I can interact with fellow horror fans and anyone who loves my movies. I already mentioned where everyone can find my YouTube channel Fear Crypt as well as where people can watch THE HONEYMOON PHASE. But if they want to get in contact with me on the net or see my credits, here it is:

People can type in simply Chloe Carroll and I should come right up on IMDB but they can also follow the link right here. I also can be found on Facebook. And finally I have an Instagram account that I update often at @Chlo_Carroll

Dark Discussions News Network: Awesome. Thanks so much for joining us today and letting us know all about you, your movies, and where we all can find them. And people should definitely see THE HONEYMOON PHASE. It’s such a great film. Keep us posted on any new projects you are doing

Chloe Carroll: Thanks so much. It was a great pleasure.