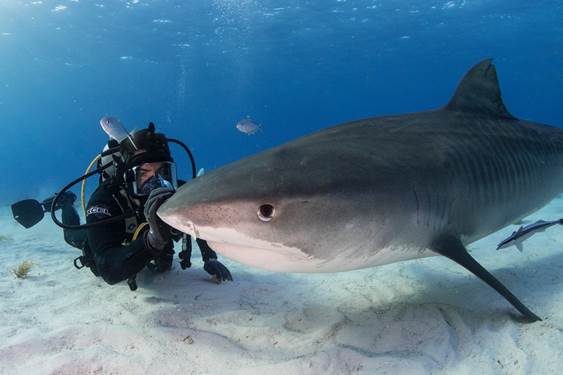 Horror filmmaker Eli Roth’s (Cabin Fever, The Green Inferno, The House with a Clock in Its Walls) upcoming documentary film, FIN, is more than about man-eating sharks. Eli Roth hopes he will scare his viewers into social action to save the sharks? Devoting his cinematic prowess to an important environmental cause, Roth who wrote, directed and executive produced the film along with a professional group of scientists, researchers and activists sail around the globe to unveil the truth behind the death of millions of sharks, exposing the criminal enterprise that is impacting the extinction of the misunderstood creatures.

FIN which will begin streaming globally on Tuesday, July 13 exclusively on discovery+ as part of the company’s celebrated “Shark Week”, features work from photographer Michael Muller and the support of organizations such as Oceana, Sea Shepherd, and Wild Aid. Oscar® winner Leonardo DiCaprio executive produces the film along with actor, producer and shark activist Nina Dobrev and President of Lionsgate Nonfiction Television and Pilgrim CEO and Chair Craig Piligian.

Congress is set to vote on a ban that would make it illegal to sell or buy shark fins in the U.S..