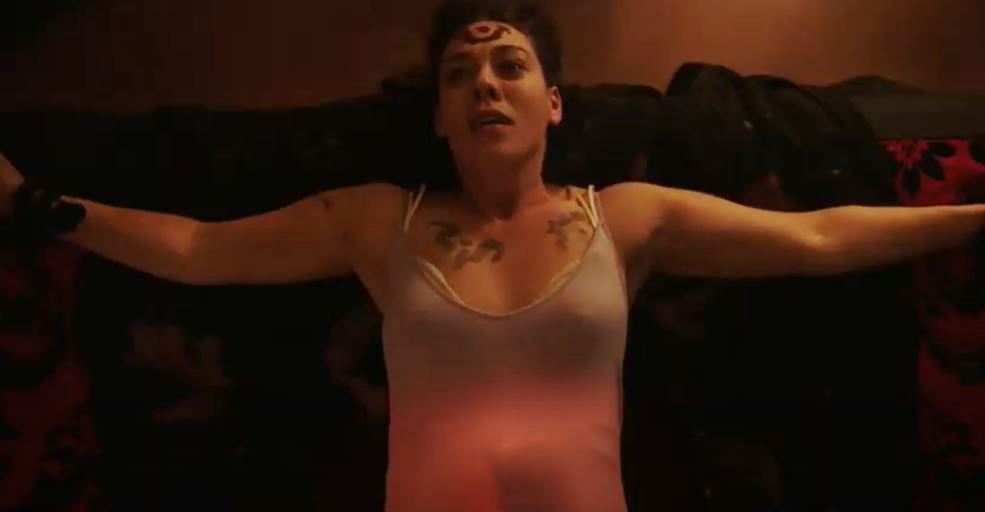 IN THE TRADITION OF THE OMEN
BLOOD BORN

From director Reed Shusterman, and in the tradition of THE OMEN, prepare for the birth of evil this summer – BLOOD BORN.

After struggling to conceive, Eric and Makayla hire a witch doctor from the Gravida Foundation to help them​ conceive​. Ola moves into their ​home, taking over their lives as she puts them through a series of magical rituals. ​As the ​ceremonies take a toll on the couple​,​ they discover ​that ​the​ir​ baby might not actually be human, ​leaving them to ​decide how far are they willing to go for the family they’ve ​always ​wanted.

Having a baby is inherently irrational. It’s hard, expensive, potentially dangerous to the mother, and full of unknowns. In a best-case scenario, you end up with an expensive, part-time monster who, after 20-plus years, will hopefully be a moderately functional adult. But people keep doing it, frequently on purpose. And when they try and can’t, they’ll go to extraordinary lengths to get the family they want. It’s not a big leap to see why Eric and Makayla are willing to believe a weird old lady who promises them a magical solution to their problem.

I started development on Blood Born right when my wife and I had just decided to start having a baby. And, in a very literal interpretation of ‘write what you know,’ I wrote about that.

On one level this movie is about the general fears of pregnancy and parenthood, like what happens to you/your partner’s body and the physical space the baby will take up. But what really scared me into making this movie was how much a baby would change me. I’d no longer be the most important person in my wife’s life. Hell, I wouldn’t be the most important person in my own life. In a certain way, I’d be giving up myself, my being.

When this story starts, Eric and Makayla have already given up so much in their attempts to have a baby. Inviting a witch doctor to live with you for a week isn’t any more disruptive to your life than a round of IVF. But as the magic–and impending baby–get more and more real, Eric starts to question whether or not the sacrifices are worth it.

I’ve discovered that there’s a lot of overlap between parenthood and making your first feature film. They are freight trains of momentum that cannot be slowed down. They are chaotic, scary, and stressful. But there is discovery in both, of things you’d never expect through, respectively, genetics or a fantastically talented cast and crew.

Blood Born is full of things that are scary and gross, monstrous and joyous. I am enormously proud of this film. It’s a character driven, strange, off-kilter dive into a kind of fear that, to me, is far scarier than killers or ghosts: How, miracle of life or not, the beginning of parenthood is the end of everything you know. And as they say… All babies are monsters.