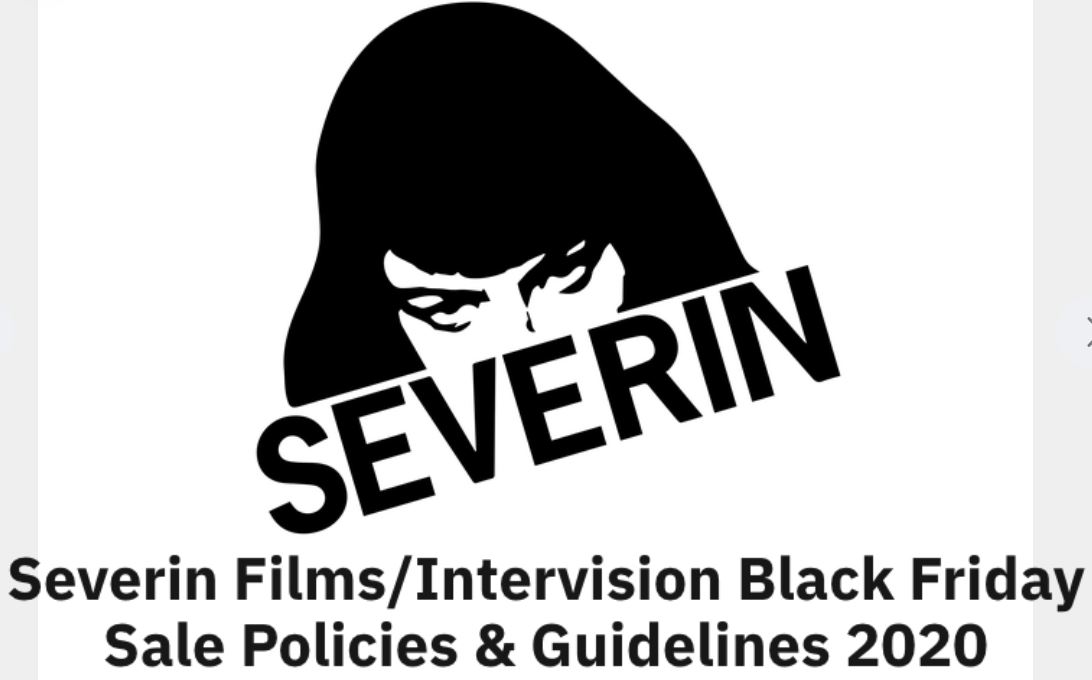 FOR IMMEDIATE RELEASE
From Severin Films

We’re just a few days out from the Annual Severin Films’ Black Friday Sale and are excited to reveal the full line up of releases! New to the announcement are the rarely-seen EuroSleaze masterpiece CASTLE OF THE CREEPING FLESH, our brand new original production TALES OF THE UNCANNY: THE ULTIMATE SURVEY OF ANTHOLOGY HORROR which includes three feature length horror anthologies, Buddy Giovinazzo’s explosive – and long-unseen – drama NO WAY HOME (limited to 2,500 numbered copies), and THE COLOUR OUT OF SPACE Audio Book, read by Richard Stanley and packaged in a purple clamshell case with digital download code.

The sale also will include the first ever authorized blu-ray release of Severin’s original horror anthology THE THEATRE BIZARRE in special 2-disc digipak packaging with slipcase, the blu-ray premiere of the hallucinatory horror in THE ATTIC EXPEDITIONS featuring Seth Green, Jeffrey Combs, Ted Raimi and Alice Cooper, a new edition of PLAGUE TOWN packed with illuminating bonus features with slipcase, and the worldwide blu-ray premiere of Douglas Buck’s devastating anthology FAMILY PORTRAITS.

We also have TWO new episodes of the Severin Films Podcast! Both episodes feature surprise special guests and the smooth sounds of RENDEZVOUS! After Hours too! https://linktr.ee/severinfilms

CASTLE OF THE CREEPING FLESH

From writer/director Adrian Hoven – creator of the infamous MARK OF THE DEVIL – comes a rarely-seen EuroSleaze masterpiece packed with krimi depravity, mondo-style shocks and graphic gothic insanity: When a group of bourgeois swingers stumble upon the creepy castle of the cursed Earl of Saxon, they’ll discover an unholy nightmare of sexual violence, bombastic philosophy, deranged performances, grisly medical experiments, inappropriate music cues and one very pissed off bear. A stellar cast of Jess Franco regulars including Janine Raynaud (SUCCUBUS), Howard Vernon (SHE KILLED IN ECSTASY) and Michel Lemoine (KISS ME MONSTER) star in this sumptuous platter of late ‘60s filthwürst – also known as CASTLE OF BLOODY LUST – now scanned uncut & uncensored from the German negative for the first time ever in America.

TALES OF THE UNCANNY:
THE ULTIMATE SURVEY OF ANTHOLOGY HORROR (2020)

Twelve years after his shattering debut COMBAT SHOCK, writer/director Buddy Giovinazzo again rocked audiences with this explosive – and long-unseen – drama featuring “an authentic whiff of the sunny, slummy streets of Staten Island” (Time Out) and “a formidable trio of great performances” (The Guardian): Academy Award nominee Tim Roth (PULP FICTION) “delivers an astonishing performance” (Premiere) as a mentally impaired man released from six years in prison to live with his small-time drug dealer brother (James Russo of DONNIE BRASCO), his stripper sister-in-law (Deborah Kara Unger of Cronenberg’s CRASH) and the dark family secrets that threaten to destroy them all. Joseph Ragno (THE SHAWSHANK REDEMPTION) co-stars in this “impressive and startling” (The Independent) indie thriller now scanned in 2k from the original negative for the first time ever.

THE COLOUR OUT OF SPACE Audio Book

“West of Arkham the hills rise wild, and there are valleys with deep woods that no axe has ever cut.” So begins this legendary sci-fi/horror tale by H.P. Lovecraft about a meteorite that crashes in the fictional New England town of Arkham and proceeds to deform all vegetation on “the blasted heath” while driving its inhabitants slowly and homicidally insane. Read by award-winning filmmaker Richard Stanley – whose 2019 movie adaptation starring Nicolas Cage was called “a trippy rainbow of the gory and grotesque” (Daily Mirror) – The Colour Out Of Space remains one of the most startling and significant works in modern horror history.

We’ve updated our Sale Policies and encourage everyone to read them in order to be fully prepared for the Black Friday sale: https://severinpolicies.com/