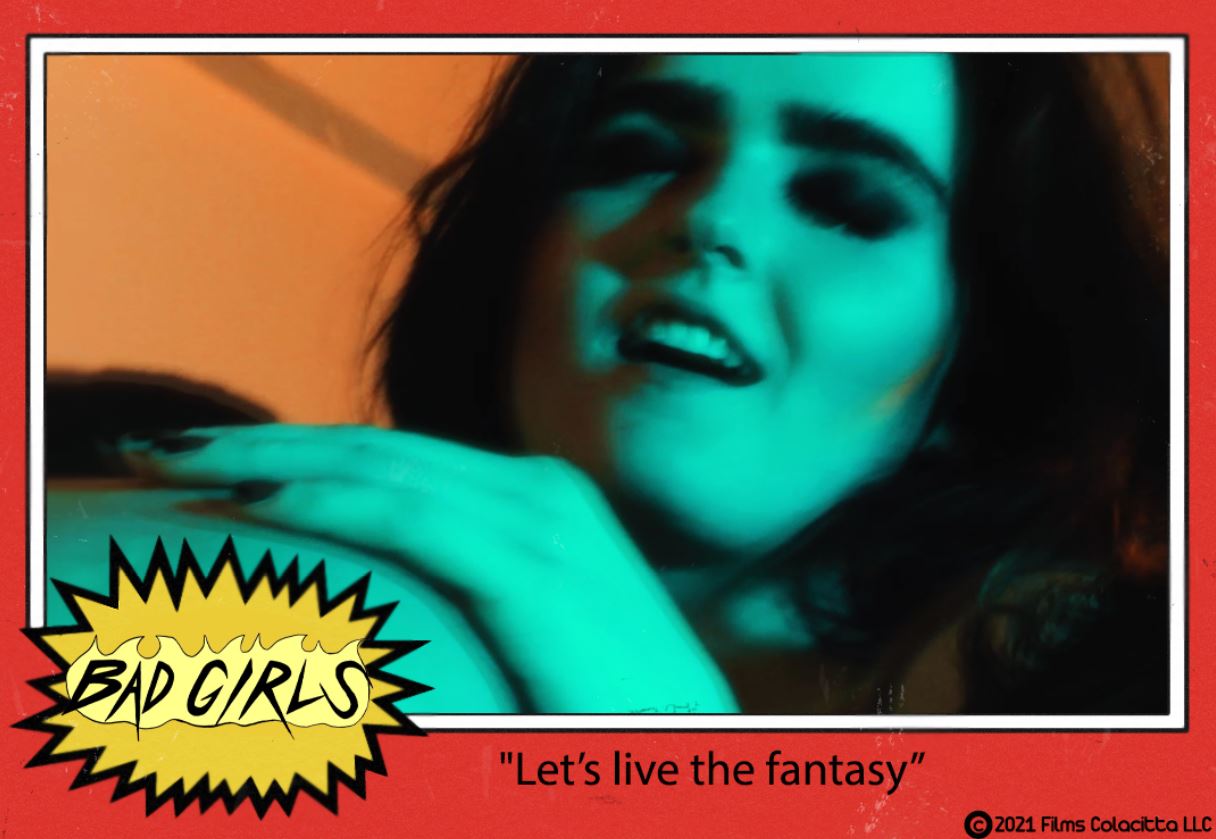 2021 is poised to be the year of the underground film. Due to the void of Hollywood content caused by the 2020 pandemic, audiences are clamoring for new and unusual programming.

BAD GIRLS is an underground film produced by amateurs in South Carolina for $16,000 — “about one-half of the CATERING BUDGET for a typical made-for-TV movie,” Bickel proudly indicates. The majority of that budget (some of which was raised by crowd-funding, some came from Bickel’s day-job in a record store) went to pay the cast and crew a modest daily stipend — something which director Bickel cites as being “of utmost importance to keeping harmony on set.”

Citing influences as diverse as Jack Hill, Russ Meyer, Greg Araki, R Kern, John Waters, and Robert Downey (Sr.), Bickel has crafted a vision more than just the sum parts of those influences — it is something unique in current underground cinema.

“These are characters people haven’t seen before, interacting in a violent world that is almost-but-not-quite our own,” says director Christopher Bickel of the “exaggerated reality” of the BAD GIRLS universe. “When you’re making a movie for the cost of a used car, you’re forced to get creative with the storytelling in ways that Hollywood focus-groups don’t allow. You won’t find BAD GIRLS in a Walmart because it doesn’t belong in a Walmart.”

“One of the best exploitation films in a generation” – Nevermore Horror

“This film explodes onto the screen like the lovechild of Ted V. Mikels and Jodorowsky, skull-f**ks you like a tag team of Blue Sunshine and Blood Feast, and when it’s done you will say, “Thank you, may I have another.” – Psycho Drive-In

“Far, far better than it has any right to be… This is the kind of movie that microbudget indie producers should be studying to up their filmmaking game.” – The Slaughtered Bird

“In its wildest moments, you can feel the same sort of creativity and mania of young Sam Raimi and Peter Jackson, cobbling together action and horror out of not-much-at-all.” – Cinapse

“Perfectly capturing the look and feel of earlier films THE THETA GIRL carves out its own niche by upping the ante with even more sex and violence than we would have seen in the films it clearly loves so much. This is a kind of perfect distillation of the exploitation genre that would have been a cult classic back in the day…and is destined to be one in today… This is one of my favorite (and possibly one of the very best) films of 2018.” – Unseenfilms.net

“THE THETA GIRL is a remarkably inventive, psychedelically captivating, micro-budget mind-banger presently mushrooming into the consciousness of indie fright fare fans, particularly those with a bent toward bravura brain blasting derring-do… THE THETA GIRL is a knockout accomplishment by any standards.” — Mike McPadden, Daily Grindhouse

BAD GIRLS was co-written by Bickel and star of THE THETA GIRL, Shane Silman.This is a first feature for most of the cast members, though Mike Amason, Cleveland Langdale, Dove Dupree, and Shane Silman are returning from THE THETA GIRL.

More information, including the red band trailer, can be found at www.BadGirlsMovie.com.