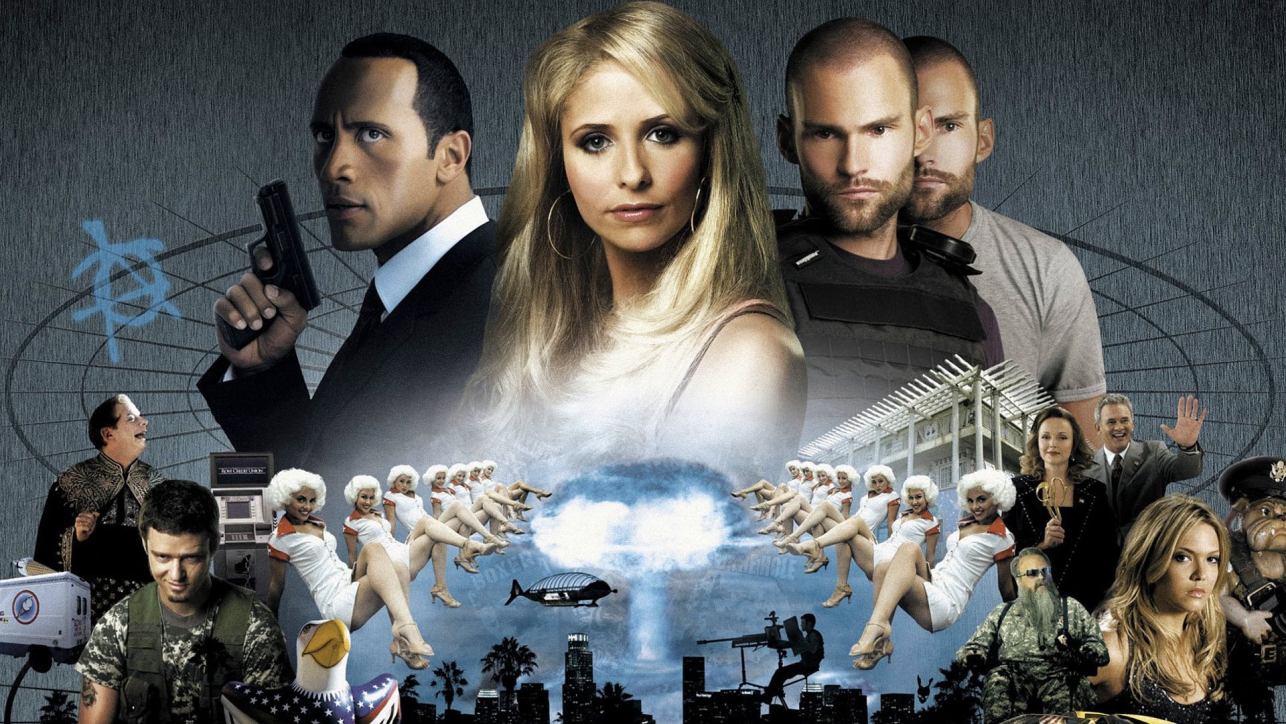 Arrow kicks off the New Year by helping ease film lovers into things with just two new releases for the first month of 2021. A lack of quantity, however, does not mean a lack of quality. These January releases are sure to check off your New Year’s resolution to watch more great cinema.

The New Year’s party begins on January 19 with the release of JSA: Joint Security Area. This thriller from Park Chan-wook follows a Swiss-Korean Major as she leads an investigation in to a shooting incident at the North/South Korean border that results in two Korean soldiers’ death. The film was a smash hit, becoming the highest-grossing Korean film at the time and winning multiple awards for best film. In 2009, director Quentin Tarantino placed JSA amongst his top twenty films since 1992. This release from Arrow presents the film in high-definition and comes loaded with new and archival bonus features.

On January 26, Arrow is proud to release Richard Kelly’s Southland Tales. This ambitious story about a conspiracy involving an action film star stricken with amnesia, a porn star with reality TV dreams, and a police officer was panned during its 2006 release. Critics, and some of those involved in the film, weren’t entirely sure what to make of its long, sprawling nature. Yet, over the years, the film has maintained a strong, loyal fanbase that continues to grow, with many admiring the film’s attempt at doing something grand. To this day, Kelly insists it’s the work he’s most proud of, comparing it to “the misunderstood child.” Arrow gives this child a new lease on life with new 2K presentations of the film, approved by Kelly, in both the 145-minute theatrical cut and the 160-minute “Cannes cut.” The release also comes with a wide range of special features, including a brand-new documentary on the film’s making.