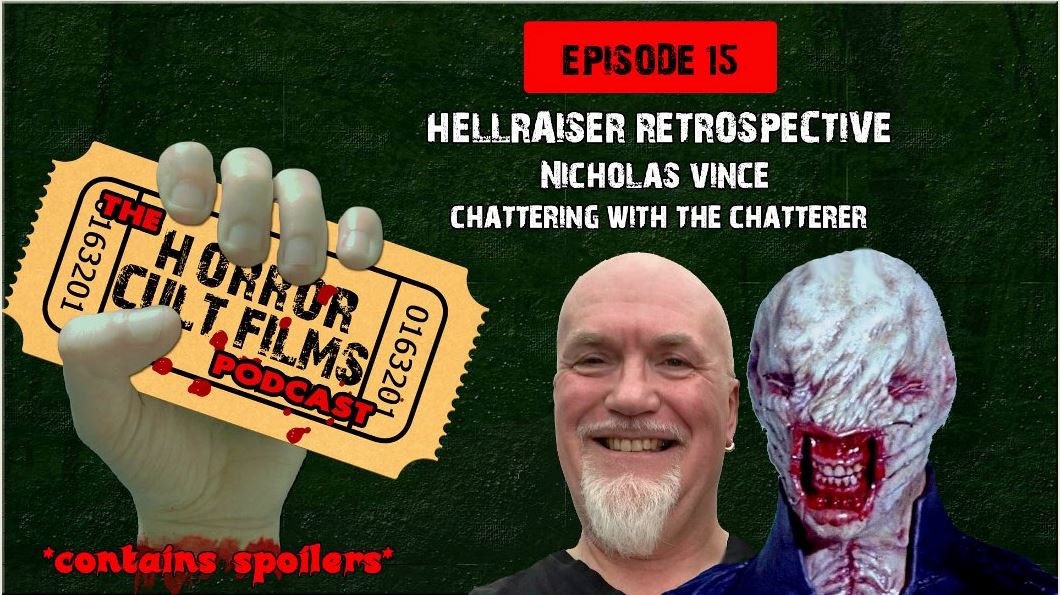 The Hellraiser retrospective continues with David and Alasdair meeting Nicholas Vince aka The Chatterer. Nicholas Vince appeared in the first two Hellraiser films and has continued to expand the universe with his short stories and a comic series. In this feature length interview, he reflects on the making of Hellraiser, his friendship with Clive Barker, what makes for intelligent horror and the celebration of monstrosity. Hellraiser fans are going to want to hear this one!