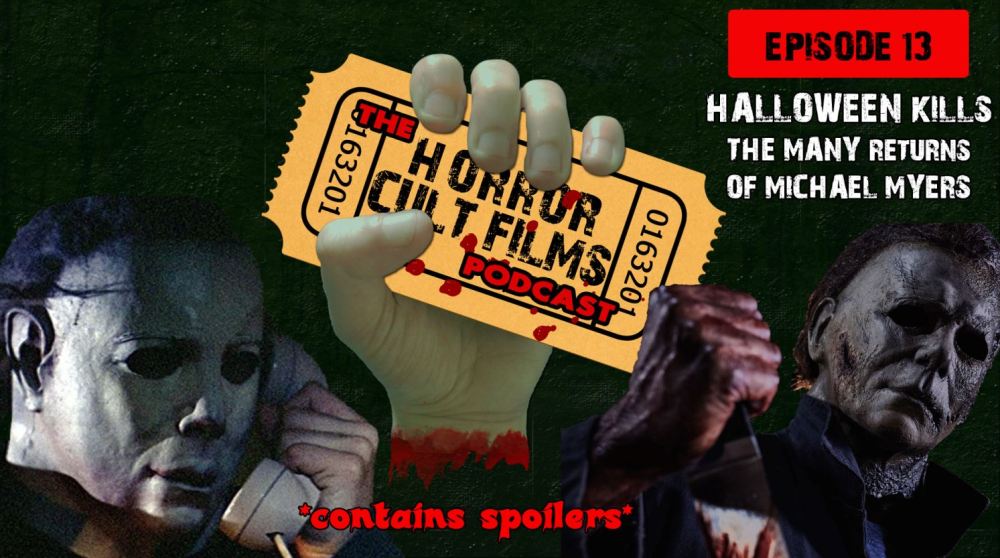 The HorrorCultFilms Podcast – Episode 13: Halloween Kills: The Many Returns of Michael Myers.

After a long hiatus, the Thorn Cult have resurrected the HorrorCultFilms Podcast. In this this episode David, Ross and Jim talk about one of the biggest franchises around – Halloween. They begin with chat about the first 10 entries, from John Carpenter’s masterpiece to Rob Zombie’s second outing. After that they go into depth on the two more recent sequels: the 2018 comeback, and Halloween Kills.