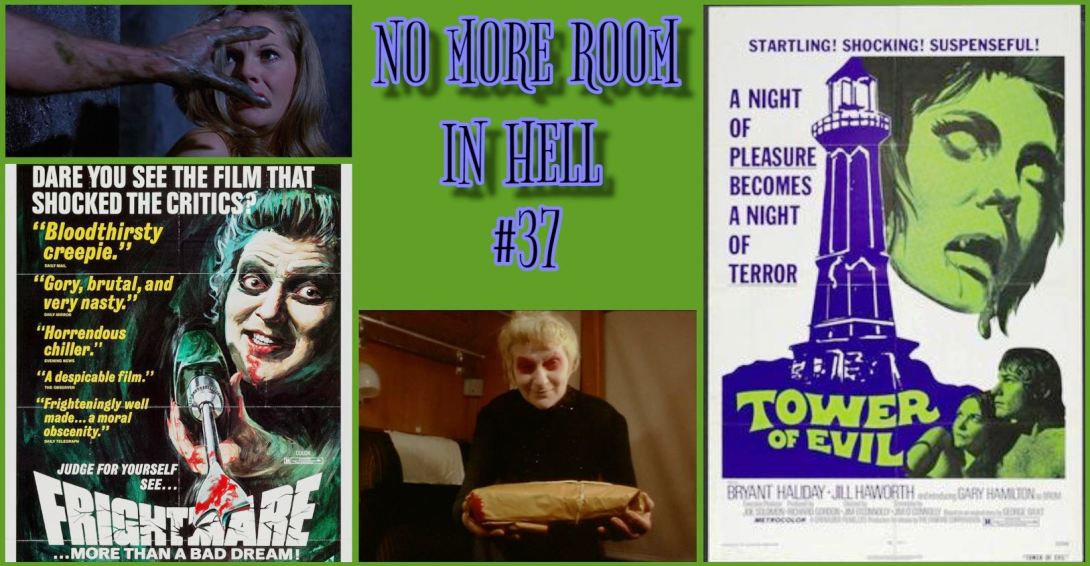 Welcome back to where fall is still really hot….

On this episode Mr. Venom, Mike, & Derek invite Jeff Lown of Dead End Grindhouse (and featured on Podcast Under the Stairs’s 2021 Summer Series) to discuss TOWER OF EVIL & FRIGHTMARE. First up they catch up with what they’ve been watching including the new season of American Horror Story, The Voyeurs, Blood Red Sky, Censor, The Unholy, Midnight Mass (and more). News includes Halloween Kills getting a VOD simultaneous release, Tony Todd voicing Venom in a video game, A Lost Boys reboot on the way (and more). No official burning question, so instead we discuss upcoming October 2021 plans for “spooky season”