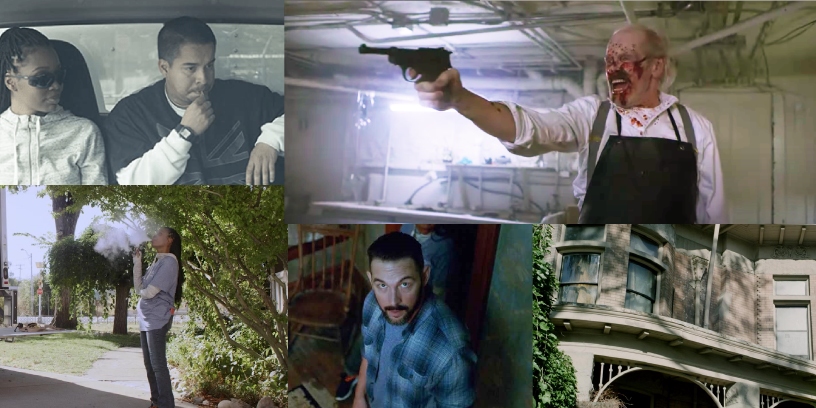 Grindhouse sometimes refers to B-movies filled with blood and boobs, bad acting and papier-mâché monsters.  But even if they don’t have all those ingredients, they can still be over the top silliness.  Many times in a good way.  The new movie, STAY OUT OF THE ATTIC (2021), even has an alternate title STAY OUT OF THE F*CKING ATTIC.  Arriving on Shudder earlier this year, the movie got a lot of buzz because of that alternate title.

Albert (Ryan Francis), an ex-con, owns a moving company.  Giving a second chance to other parolees, his company is hired by Vern Mueller (Michael Flynn), an elderly German immigrant that has a manor that requires Albert’s services.  As the movers begin to pack up this immense house, they discover a horrible secret that could lead to all of their deaths.

Though the film played the festival circuit in 2020 the movie was released to all audiences in the USA on March 11th, 2021.  The film is directed and co-written by newcomer Jerren Lauder in a film that is so over the top, it would have fit nicely back in the Times Square and 42nd Street run of bizarre cinema from the 1970’s and early 80’s.  Dark Discussions takes a look at this curious midnight movie and give their thoughts.