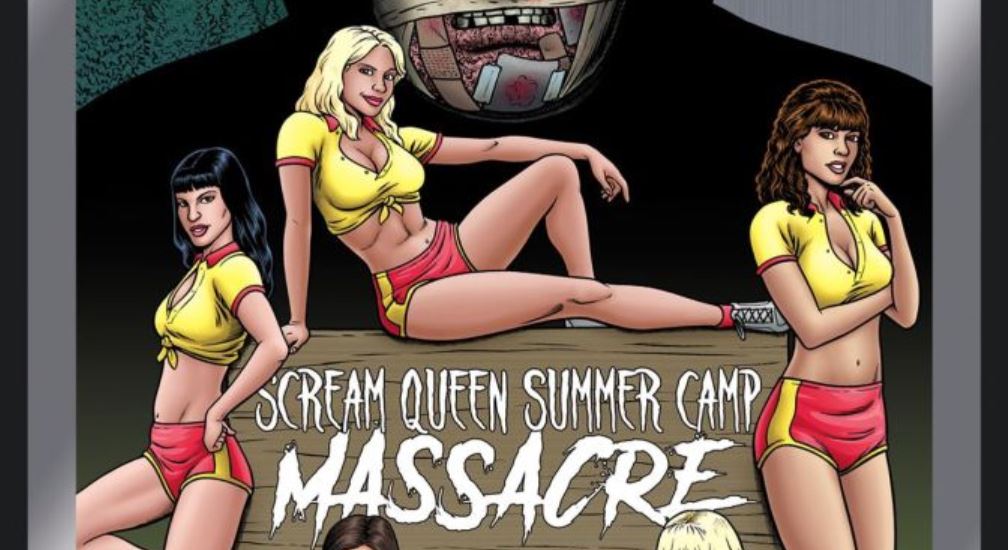 Anthony T is back hotter than ever as he has thoughts about a social media star headlining a horror film, Kevin Smith’s latest film “Killroy Was Here” only available if you buy a ton of NFT’s. Also your host discusses in another edition of This Bleeping Wrestling Promotion, he vents why Providence, RI is not getting a 1 on 1 WWE Unified Universal/ World title match at Wrestlemania Backlash. Instead Providence gets a traditional 6 man tag.

He then has a lengthy interview as he talks to writers Todd Livingston & Nick Capetanakis along with artists Brendon & Brain Fraim as we talk about their comic Starring Sonya Devereaux and their latest issue “Scream Queen Summer Camp Massacre” which features the likeness of popular scream queens.

All this plus in What’s Anthony T Watching, he thinks he might be in for a long year in terms of horror/thriller/sci-fi releases by judging on the latest film he reviews.