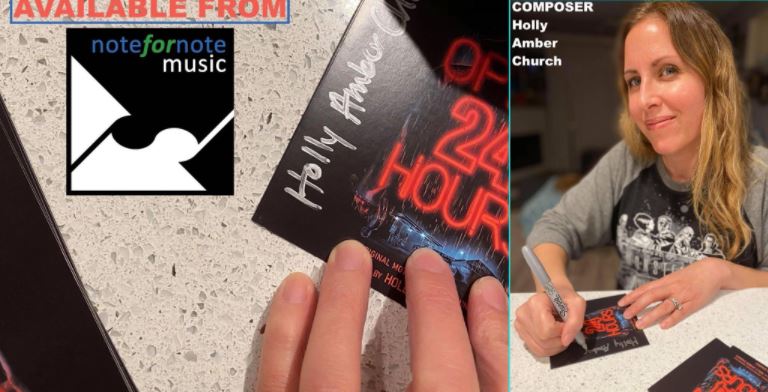 We expect to ship these in 12 weeks or so (Late November or early December). In the meantime, each order will receive a 24 bit high res download upon purchase.

Open 24 Hours is the newest horror film from Director Padraig Reynolds.   Mary is a very troubled woman who gets a job at a convenience store after setting her assassin boyfriend on fire. As she starts her graveyard shift at the Deer Gas Market, she is haunted by flashbacks.

The movie features music by Composer Holly Amber Church.  The score is dark, moody and intense. At its core is a haunting, somber theme for Mary, the film’s protagonist, while swirling around it is a blend of gritty electronic elements and distorted neon sounds to reflect the chaos that Mary finds herself in as she struggles to survive her first shift working at an all-night gas station.

1 The Bloody Bathroom
2 Watch Me Mary
3 Do You Remember Her?
4 The Car Graveyard
5 Deerly Departed
6 End Of Shift