Confessions of a Cinephile – THE CLEANSING HOUR (2020) – Review 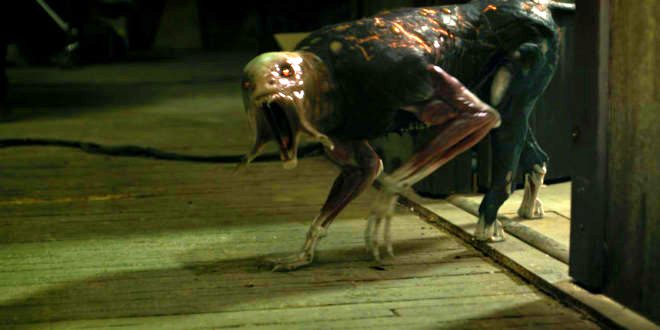 This was a movie that I believe I heard originally when some podcasters brought it up while it was making its festival rounds. As the year end approaches, it was one that I knew I wanted to see as part of my end of year watches to ensure that I wasn’t missing any movies that could be potential top films. I knew this was about exorcisms, but aside from that, I came in pretty blind from just a few things here and there. The synopsis is another successful ‘exorcism’ streamed online – or so it seems. Can the ‘exorcist’, producer and their team bring the ratings up? The ratings skyrocket when a real demon gets involved.

For this movie, we start off in an interesting way. Father Max Tyler (Ryan Guzman) is performing an exorcism on Humberto (Ionut Grama) with his family watching on. In reality though, this is staged. This production is being led by Drew (Kyle Gallner) who is best friends with Father Max. Also working with them is Drew’s fiancée of Lane (Alix Angelis) who is doing make-up. There is Chris (Chris Lew Kum Hoi) who is the sound guy. Tommy (Daniel Hoffmann-Gill) doing special effects and his niece of Riley (Emma Holzer) is the new PA. It is another successful episode for their live stream, but it is becoming stagnant and lacking growth. Drew wants to do something different things to spice it up, but Max is pretty hardheaded.

What is interesting from here is that we get to learn a bit more about the two. Max is pretending to be a priest and an exorcist. He did go through Catholic school along with Drew, where they became friends. We see though when he hooks up a fan that he never actually fully took the vows. Drew and Lane are to be married soon and she wants him to move on to better things. It is too comfortable though and we learn a bit later as to why that is.

Things all take a turn though for the next episode. A drag queen is going to be the possessed actor, but something happens to them on their way over. Lane has to step in, which annoys Max at first. Drew points out that it is either using her or they cancel at the last minute. Chris seemed to have taken some bad drugs as he is vomiting. He sees something that terrifies him as they start. Lane isn’t acting. She is really possessed. Whatever demon is inside of her causes some very real things and scary things to happen that take Tommy’s life.

The demon sets some ground rules for this show. Drew cannot come on camera. He can’t cut the feed. They have the 1 hour to figure out the demon’s name and exorcise it or it will take Lane’s life. If any of the rules are broken, it will take her life as well. The demon does give clues as they go and Drew has to figure out in the database he’s created who they’re dealing with before it is too late. This demon also causes them to confess their darkest secrets which will push Max and Drew’s friendship to the brink.

To start off this portion of the review, I want to say that I really liked the concept of this movie. We have a ton of exorcist films out there. We have some where we have legitimate priests doing battles with the forces of evil and we have others like we get here where they’re doing it for entertainment. We’re given what we’re seeing at face value of being an exorcism at first, before revealing that it is just staged for a show. This movie has a modern feel as well that Max is worried about his social media standing and followers. I’ll admit I’ve fallen into this trap myself. Not to the extent of this character, but I’ve monitored it.

There is an interesting back-story here. Max isn’t lying when he recounts that he went to Catholic school. The flashbacks we get show him and a younger Drew. What is interesting is that he claims he always wanted to be an exorcist, when the truth of the matter, he couldn’t remember the prayers. Drew really cares about him and tries to cheat to help him. They’re punished though by a villainous Schoolmarm (Joanna David), who is quite vicious. This comes into play as the entity possessing Lane is mimicking this person that tormented Max.

This religious upbringing is something else that I really like. Personally, I’ve never been a regular churchgoer for long stretches, but the study of religions is really interesting to me. This movie’s take on it as we know early on that Max is a phony. He’s making quite a bit of money and is able to maintain the lifestyle he has. It is a fascinating look at the dangers of capitalism, but I’ll be honest, I can’t fault this streaming show for taking advantage. On top of that, I love the look at how religion can be exploited if those that are following it aren’t paying attention as well.

I’m not going to shy away from the reality that we do have a possession in this movie. It moves along at a good pace that Max, Drew and those involved don’t believe, but quickly change that due to what happens to Tommy. I love seeing Drew and even Riley trying to piece this together through context clues. Drew was in the middle of taking these old books about demons and compiling the information into an online database. I’m loving that the demon Asteroth and Paimon come up as I’ve seen both of these demons’ names in different movies fairly recently. This is what I’m referring to about history of religion as well. There is a great reveal to who this demon really is. Going along with that, the implications at the end which is great with what gets revealed throughout.

Where I think I’ll go next is to the acting. I really liked Guzman as this lead here. He has arrogance about him due to the success of his show as well as how he looks. This ordeal gives him a reality check though that breaks him. I need to bring Gallner in next, because I’ll be honest, I didn’t recognize him at first. He was pretty popular in the late 2000s/early 2010s with movies that many aren’t the biggest fans of now. Together these two feel like best friends and I love that they need to confess sins of the past to try and survive all this. Angelis is pretty attractive, but I also really like her performance as this possessed person. She gets to play two different characters and I think she does both very well. The rest of the crew and the cast really rounded this out for what was needed, but let’s be honest; this is really a 3 person movie for the most part.

Next should then be the effects. For the most part, it looks like they went with some practical. The blood and some of the things that happened to characters look really good. I do know there is some CGI that is also here, but I will say a good portion of this is really to enhance different things. I’m not sure if what they do with those that are possessed is done with contacts or with computers, but that was a cool effect. We do get some creatures that are CGI, but the reveal for them I can be forgiving if they don’t look great. This movie also has a feel of found-footage for those watching around the world. I really liked that touch as many don’t believe it is real until it is too late.

That’s where I think I’m going to leave this review. This is another movie that I’ve seen due to others speaking highly of it and I’m glad that I did. The premise and concept of this movie is really something that ticks many of my boxes with religion, exorcism and having a taste of found-footage in there. I think the acting helps bring these characters to life along with the effects and the soundtrack to build that creepy atmosphere. This is another movie that I found to be good and will definitely give it a rewatch for anything that I may have missed.