Confessions of a Cinephile – On the Trail of Bigfoot: The Journey (2021) – Review 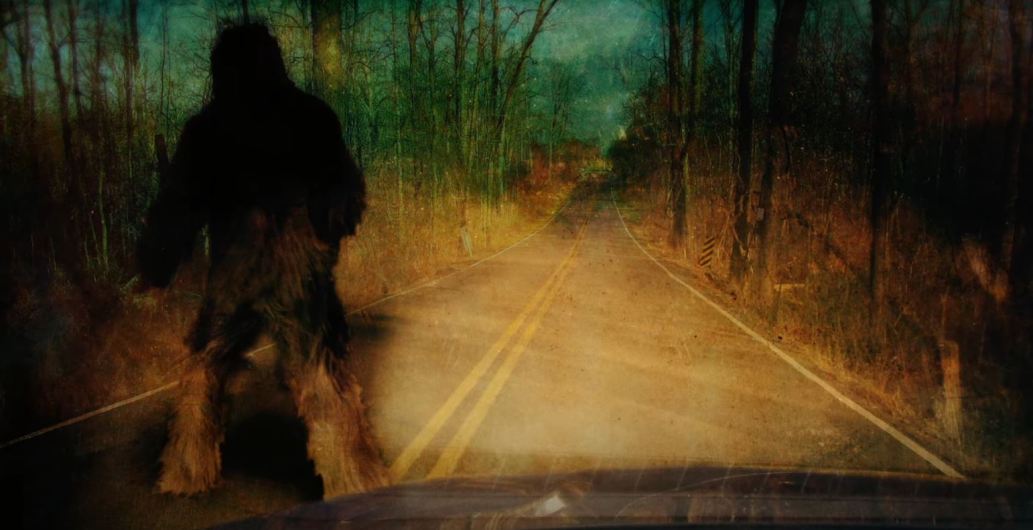 This is a movie that I got the opportunity to see via screener when Justin Cook reached out to me. What really struck me when I started looking into this is that the director/writer of this documentary is from Wadsworth, Ohio. For those that don’t know, this is up near Cleveland, where I did live for a stretch. I’m interested in crypto-creatures like Bigfoot, so I decided to give this a viewing. The synopsis here is following cryptid documentarian Seth Breedlove and his crew as they head to the Adirondacks of upstate New York for an intensive, adventure-filled week searching for Sasquatch.

For this documentary here, we get to know the man behind the camera. This idea was conceived about a year ago from the time of writing this review in June 2020. It was during the pandemic so Seth was really limited to what he could work on. He had previously made a documentary entitled Beast of Whitehall. He was itching to go back to Whitehall, New York to continue his investigation into this creature and the surrounding area.

It was interesting that I recently watched a movie entitled Ape Canyon which also dealt with Sasquatch, but in the Pacific Northwest. This movie here is on the other side of the country, but the crew does an excellent job at stating why there could be potentially be a creature or creatures like this living in the area. New York State has a law that protects these lands and there are miles and miles of forest. Much of it is National Park lands as well. Some of the crew we are following had never been up to this area and comment on how dense the canopy of leaves is so it is hard to see underneath from the air. You really have to be there to see something and even then it isn’t easy. This makes sense as to why there are limited sightings.

Something here I want to stress is ‘limited’, but still people claim they have. Seth also involves other researchers and experts into this movie to deepen that. There is Steve Kulls from Monsterquest that is interviewed and leads an investigation on one of the nights. I haven’t seen that show in quite some time, probably over a decade, so I didn’t recognize him. There is also Paul Bartholomew, who is considered an expert and has written many books about the potential creatures. They also include other people who have podcasts as well as interview people who have had encounters as well. They don’t stay in one place this whole movie either. They go between Lake George, Whitehall and even Western Massachusetts. The crew gives the back-story and why they go to each location. This can affect them actually getting someone on camera, but let’s be honest, that is extremely rare to do so in general.

This documentary isn’t out to introduce new information. I want to state this to temper expectations. This is good though for anyone that hasn’t done a lot of research on their end and is more of an introduction. It is really more about those involved sharing their experiences and less of a documentary giving you the history of Sasquatch.

Since there isn’t a lot to this documentary without going more into specifics, I will just go over the cinematography and the sound design. For the former, this is a first hand documentary. We are getting to see the crew out in the woods as well as interview people which I liked. They do through in graphics of different looks of a Bigfoot when we are hearing stories or things to that nature. I thought that was a smart idea instead of just seeing someone speaking the whole time. Aside from that, the sound design works. There is a part near the end that made me feel uncomfortable. I can’t explain what was recorded. Even though a lot of this is in the woods, I think they did a solid job with cleaning up the audio.

In conclusion here, I enjoyed this documentary. Creatures like Bigfoot are interesting to me and I can’t really come up with a reason why they couldn’t exist. Seeing the passion of Seth and the other people involved here was good and doing something productive during quarantine is good. I liked hearing people’s stories of things they’ve encountered. Not a documentary that is going to give you a bunch of information in general, but more focused in these areas. I’m glad that they didn’t do anything over the top to make this more exciting and lose the realism they built. I would say this is over average for me. If you are into documentaries like this, I’d say to give this one a viewing.

This documentary is getting its wide VOD release on June 8th.